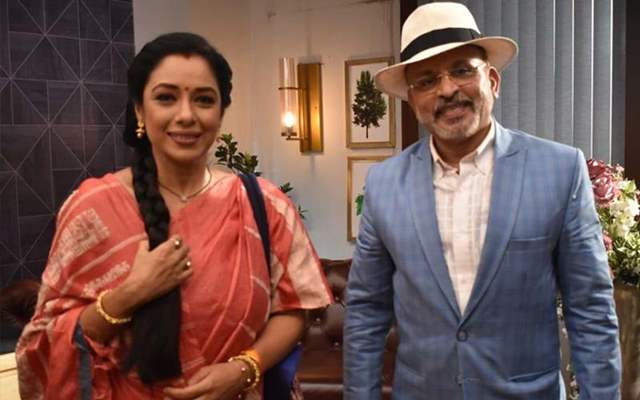 Star Plus is all set for the launch of it's upcoming show 'Anupamaa'. The show stars Sudhanshu Pandey and Rupali Ganguly in the lead roles and it will premiere on 13th July. We at India Forums had recently reported about Actor Mehul Nisar bagging a role in the show. Mehul will be seen playing the role of Anupamaa's brother in the show.

Now, as per the latest reports by Spotboye.com, Actor Annu Kapoor will also be seen in the show. He has been a part of several popular films and shows and is one of the most prominent names in the industry. A source close to the portal states that Annu Kapoor has already started shooting for the show and it was just yesterday when they shot for his first sequence with protagonist Rupali Ganguly. As per the reports, his character in the show will be extremely entertaining and he will play a crucial role in Anupamaa's life.

Anupamaa is a show which will tell the exceptional story of sacrifice and love. Despite being an ideal wife, bahu, and mother, Anupamaa never gets the respect that she deserves.

What do you guys think of the above news? Are you guys excited for the show? Do let us know your views on the same in the comments section below.

Sudhanshu Pandey On Playing Dad To An Actor Almost His Age

"Ratna Pathak aka Maya Sarabhai Is Where I Take My Inspiration From" - ...

Kubbra Sait Slammed By Kangana For Supporting ...
13 minutes ago