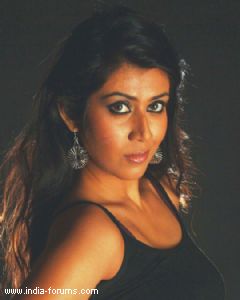 Talented Ankita Bhargava who has done many cameo roles in Crime Patrol has impressed the viewers with her acting talent. Ankita will now be seen in the show Ek Nayi Pehchaan which will air on Sony TV.

We had earlier reported that Arti Puri who was last seen in the show Madhubala - Ek Ishq Ek Junoon on Colors will be seen in the movie Action Jackson playing the pretty actress Sonakshi Sinha's friend.

Further more we get to know through our reliable source who informs us that the actress will be seen on the big screen along with Sonakshi Sinha in the flick Action Jackson, "Ankita Bhargava will also be seen playing Sonakshi's friend too in the movie. Sonakshi has 4 friends and one of them will be played by Ankita."

To know more about Ankita's character in the film we tried calling her but she remained unavailable for any comments.

We wish Ankita all the very best for her film.

sanah12 6 years ago That's a great news! ankita will be in a movie wow!! I'm so happy for u. All the best and love u loadz!!

Ek Duje ke Vaaste 2 to go digital; Will stream exclusively ...
a minute ago