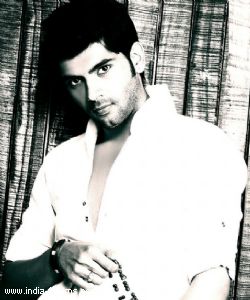 Shashi-Summit Mittal's Haar Jeet on Imagine recently saw a leap taking place. Since then, the story has taken a twist and now a new character would be introduced, who will be Ishita's (Neha Sargam) love interest.

A source states, "Ankit Bathla, last seen in Colors' Hamari Saas Leela under the banner of Neela Telefilms, would be now entering the show."

Talking about his character a source says, "Ankit would essay Abhi, an NRI. He was Vishal's (Satyam Seth) neighbor when he was in abroad. Now as he has come down to india, he would be staying at Vishal's place and would eventually fall for Ishita."

When contacted, Ankit Bathla confirmed, " Yes, I would be essaying a role in Haar Jeet. But I won't be able to divulge any details as I haven't started shooting for the show."

Ankit Bathla would start shooting from tomorrow and his entry would be telecast this week.

With this new entry, quite a few twists await the show.

rahulnivislover 8 years ago neha u r the best...love u to the core watchin the show only bcoz of u...hope this new actor is worth being opp u...

swati_14 8 years ago love you neha..hope to see more of ishu

jyoti_11 8 years ago finally, a new lead for ishu

JasluvsKinshuk 8 years ago Thank God, Ishu is finally getting a lead.

vids08 8 years ago Theres already a triangle. Hope he is permanent lead for Ishu.

sam_peter 8 years ago Love you Neha. Ankit is looking good. Wish he will the choice for Ishita as a lead.

seemamalik48 8 years ago i was missing seeing this cutie after hamari saas leela.i love his smile,can die for.i just hope that this cameo becomes the main lead.