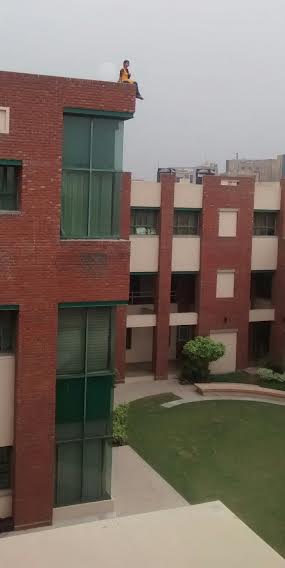 Channel V's show Jhalli Anjali Ke Tootey Dil Ki Amazing Story is one show which showcases a unique story to the audience about a girlâ€™s life after her break-up with her boyfriend. As the show marks the comeback of Amita Ka Amit fame Chandni Bhagwanani, many twists and turns are coming up in the show which will keep the audiences' hooked to the show.

In the upcoming episodes the audience will witness that Anjali will attempt suicide as she feels betrayed in love.

Our source says, â€œAnjali (Chandni Bhagwanani) participates in 'Mr. and Ms. All Rounder' contest and receives an overwhelming response for her performance. After that she calls Angad as she believes he is still in love with her. But he disconnects her call, with which she is heartbroken.â€

"Anjali's situation worsens when she receives a video call from Angad's girlfriend Sheena. She tells Anjali, that Angad was never in love with her. While Sheena is on the video call with Anjali, she makes her feel jealous by kissing Angad. Anjali is all shattered after this incident," ends our source.

When contacted Chandni she said, "Anjali was in grief after she receives a video call from Sheena. She then goes on the roof top of the college and sits on the edge. Everyone thinks that Anjali will jump and commit suicide. To know more what happens you have to watch the show.â€

Will Anjali be able to fight the situation or will she give up?

To know more about the developments keep reading this space.

aphrodite143 6 years ago i don't believe this is the same girl who portrayed amita in amita ka amit.
Amita was so adorable.Anjali looks stupid,hate girls like her...crazy for some mere guy!!

-Wanderer- 6 years ago I think Anjali's character is simply immature. She just has to grow. Plus she is probably in her teenage so she has an infatuation for someone. That is totally normal even though she does get extreme sometimes.

sanayabarunlove 6 years ago I hate the portrayal of women sometimes! desperate for men and all!!

melburn 9 years ago get stuffed!!!harry potter and deathly hallows all d way!!