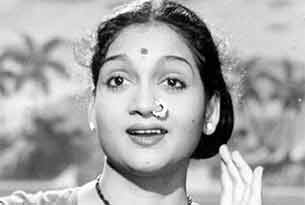 The vital organs of veteran Telugu actress Anjali Devi, who died here Monday, will be donated to Sri Ramachandra Media College (SRMC). She was 86.

"Her body has already been shifted to SRMC. She wanted her organs to be donated to the college. On Thursday, her body will be brought home from the hospital for the public to pay their last respects," Anjali's agent told IANS.

"The last rites will be performed on Thursday after the arrival of her relatives," he added.

Anjali was suffering from heart-related problems. She is survived by two sons - Chinna Rao and Niranjan Kumar.

Born in 1928 as Anjani Kumar, she made her cinematic debut as a child artist in a 1936 film. It was director C. Pullaiah who rechristened Anjani as Anjali Devi. In 1947, she made her debut as a lead heroine opposite Akkineni Nageswara Rao in Telugu family drama "Balaraju".

Before entering films, Anjali was a popular theatre artist. Mostly known for starring in mythological and family dramas, Anjali became a household name with memorable performances in films such as "Lava Kusha", "Bhakta Prahlada", "Bhakta Tukaram" and "Badi Pantulu".

Revenue generated from 'Shukar Kar' will be donated to Sonu Sood's ...