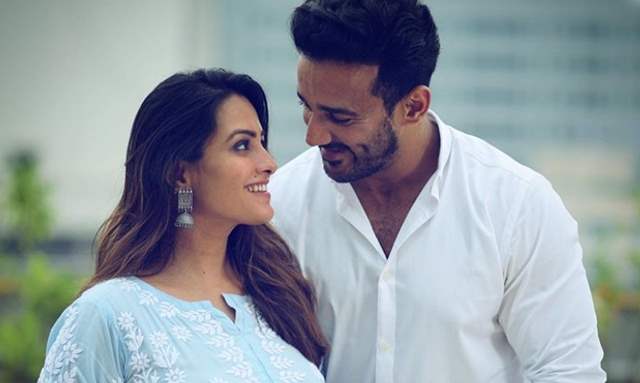 Anita Hassanandani and Rohit Reddy are all set to embrace parenthood soon and their baby is due in February 2021. Anita, while talking about the news, went on to say how they were waiting for the right time and also added how 2021 is going to be the year of babies after all.

Anita, while talking to ETimes TV, went on to add how the age-factor did play in her mind and people told her that it is going to be tough and overwhelming. However, she then added how once she conceived naturally, age was just a number and that one needs to be mentally and physically fit for things to work out. She says, 'Jo naseeb mein likha hota hai, woh toh hota hi hai.' Anita added how they have not faced the pressure of starting their families, however, after Nach, right now seemed to be a great time given that they spend a lot of time with each other.

Anita also spoke about how she is trying not to take undue stress due to the virus and that if God has planned things in a certain way, he has thought of everything. Talking about who is going to be the fussy parent between the two of them, she hands it out to Rohit and adds how he is reading books and fussing over her diet and is more clued in. She also spoke about how excited he is and she thinks she is sorted as he will take care of everything.

Anita and Rohit got married back in 2013 and while Anita is popular for her roles in Yeh Hai Mohabbatein, Naagin 3, and others, the couple was seen in the couple dance reality show Nach Baliye.

We wish the couple hearty congratulations!