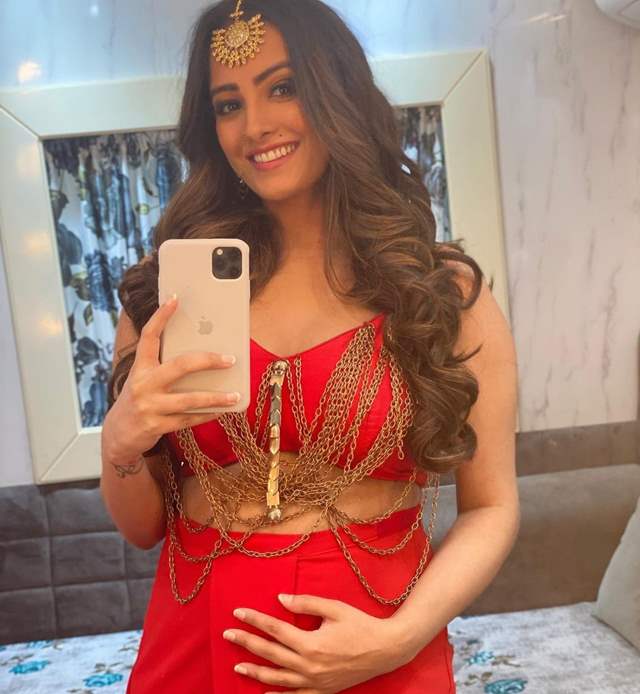 Anita Hassanandani and husband Rohit Reddy shared the good news of turning parents soon on social media and ever since, there has been a constant buzz around the adorable couple. After the announcement, congratulations have been pouring in for the would-be parents.

Meanwhile, Anita has been quite active on social media and after the announcement, she has been sharing pictures of her baby bump. Recently, Anita posted a picture in her Naagin look on her social media and revealed that it was her initial days of pregnancy when nobody knew.

She captioned the picture, "Initial days when no one had a clue,Dammnnn time is flying by  #MixedEmotions."

It was in July that the actress resumed shooting for Ekta Kapoor’s Naagin 4. Back then, she was aware of her pregnancy and talking to a leading paper, she also revealed that she was grateful to the producers for their consideration. She gave her close up shots and worked for a little while to warp up the remaining portion. Also, she mentioned that the makers ensured that there were solo shots of her and she didn't have to interact with many people.