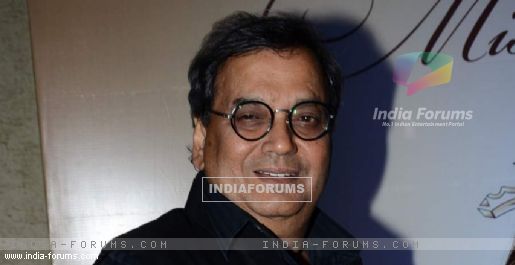 Subhash Ghai is all praise for actor Anil Kapoor, who at 58, is charming and energetic. The filmmaker wants the latter to open a spa and fitness school to train other people to be fit.

The director, who has worked with the actor in films like "Ram Lakhan", "Karma", "Meri Jung", "Trimurti" and many others, was speaking at the launch of a mobile app for Madhuri Dixit's online dance academy "Dance With Madhuri".

"I would request all my students (actors) like Jackie Shroff, Anil Kapoor and others to open some dance or music school," Ghai said here.

"While Anupam Kher and Madhuri have already opened their acting and dance schools respectively, I would especially want Anil to open a spa and fitness centre and train others on how to be young and energetic at the age of 58," he added.