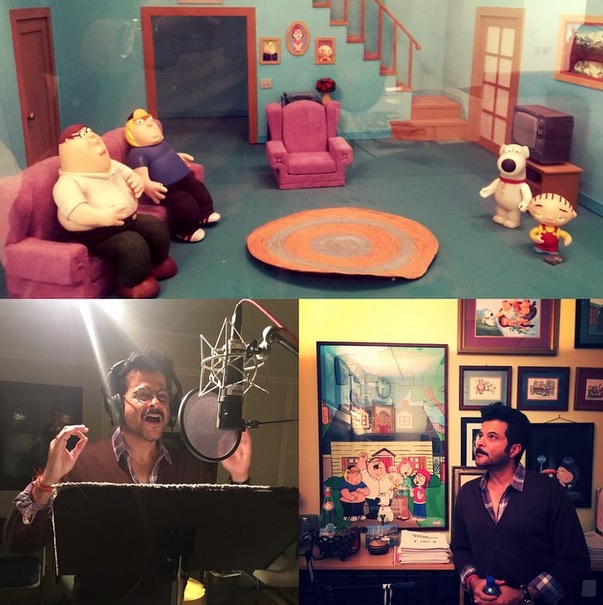 Evergreen actor Anil Kapoor is all set to make his dubbing debut in Hollywood. Yes, you got that right, after 'Slumdog Millionaire' and '24' our veteran star is gearing up for his new project 'Family Guy'.
Anil had previously done a cameo in the American television series 24 and then went ahead to produce the India version for the same.
Now our versatile actor will be seen lending his voice for the American adult animated sitcom 'Family Guy' created by Seth MacFarlane. He will be appearing as a guest star in the show. As per reports, stars like Brad Pitt have also lend their voices for the same.
The Bollywood star was seen posting his pictures on a picture sharing site last night while on his way for his new project at Fox Studios, Los Angeles. He posted his picture with a caption that read "Enroute to #FoxStudios for #FamlyGuy".
Later in the early hours today he posted another picture where he was seen dubbing at the recording studio. The caption says : Being #TheFamilyGuy. What an incredible experience! #comedy @FOXTV.
Well, our gallant actor is surely leaving his mark on the western film industry and we wish him all the very best for his new venture.