The musical shows this week gave viewers mixed reactions. While some shows did well, some were marred by “dramatic” turns, which left one feeling disappointed and outraged. Confusions or decisions – either as bloopers or as intended - left viewers shocked with raised eyebrows questioning the very essence of the shows. 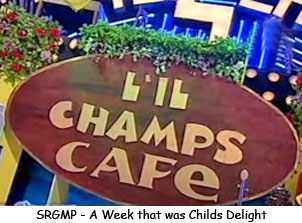 Featured Video
SaReGaMaPa this week was a child’s delight – full of fun and masti, and at the same time we got to hear some wonderful songs of Suresh Wadkar ji. Friday was elimination day but the judges decided otherwise, it being a Suresh ji special night. But the question that arises - Is it fair to give such “lease of life” at this juncture of the contest? There is a big possibility that this can imbalance the elimination equation after this week’s performance, and one who wasn’t in the danger zone earlier may see the door this week after the adding up of two weeks' votes. Would that be fair to those who did not get such a “chance”? Saturday, the contestants sang two songs each and made sure to give some brilliant performances. 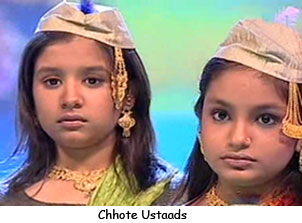 VOI Chhote Ustaad in turn this week turned into dramas galore. Friday in the folk song round, the contestants gave some very beautiful performances and the celebrity guests were very encouraging. It was finally Areeb who got eliminated. A long time overdue elimination!! But Friday’s brilliance got overshadowed on Saturday, courtesy of some scripted dramas. Even the performances were affected as none of the contestant could maintain the same level they were otherwise capable of. The whole protest by the contestants against the new challenger looked so staged that it gave up its reality. Another drama that was brought out was a dispute between Aishwarya and Anvesha, and that too looked made up. Even their parents were surprised on hearing about it and made it clear on the show. Regional vote appeals were very unfortunate. Anvesha hitting the scaryland so frequently is very unfortunate. But why should Anvesha’s lack of vote be blamed on the Bengalis alone or why should Ashwarya’s scoring highest votes be credited to Gujarat alone? 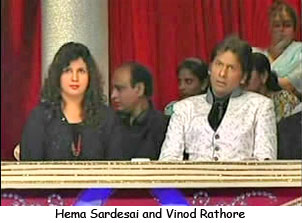 K for Kishore was in its usual form and gives a feeling that even the kids of other shows are better singers than these Kishore Bhakts. It was very unfortunate to watch the guest singer Vinod Rathod too failing to deliver. Infact his performance on Saturday was so miserable that in the end the contestants were found to give out better ones than him. It was wonderful hearing Amit Paul again on the show and he made sure to give out the best act proving his Kishore “Bhakti”. Hema Sardesai was a brilliant judge and the manner in which she pointed out the manner in which one can correct the mistakes was of big help. 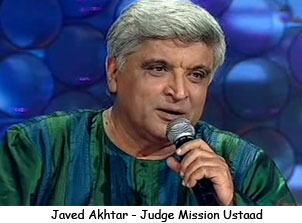 Mission Ustaad as usual gave the best for the viewers. But what was surprising was that the host forgot to mention the theme of the week when she started the show on Friday. The songs were awesome, but without the theme this week, it was not evident what exactly they wanted to say in the early stage. Javed Akhtar for the first time was found taking a stand contrary to his earlier stand. His comment to Vasundhara Das that the composition in the Brahmastra round should be made such that the poetry is rhymed, was just the opposite of what he expressed in an earlier round that it is the words and their expressions that matters and not the rule to rhyme the lines. But on the whole, it was a show worth watching and is giving out a lesson to all other musical shows.

This week the dramatics of SVOI left a very bad impression in the minds of the viewers. The theme was good; the performers are excellent, then why resort to such cheap gimmicks and put the children in a position where it can affect their performance? Why build such unnecessary pressure on the kids. Was it really necessary? It’s now time the creatives take stock of things and clean up their acts before they lose their loyal viewers totally. 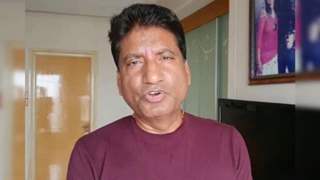 14 years ago tat was an apt casting khushboo and lolz replacing deepika was good........

14 years ago Niice.. and i wish i could replace kareena in Jab we Met..

supriyodas 14 years ago article is nice, but gambhir or harbhajan is more Suitable than Zahir.

+ 2
14 years ago Nice Article..
I think now cricketers should come on movies...

14 years ago gr8!!!nt watching ne of dese reality shows only coz of d drama dey get stuffed wid....reality shows r supposed to b closer to real lyf bt dey r also fictioned nd based on scripts wich does nt make it interesting 4 watching it!!!

14 years ago SVOI was exceptionally good on friday. On saturday the drama was scripted. However i do feel that even though the children are naive, they will still feel the threat of the challenger. So the whole black belt concept even scripted was a better way of showing the protest rather than just leaving the show.

Sa Re Ga Ma Pa was excellent on friday but on saturday none of the singers were at their par except for Anamika. And they should have totally had the elimination 'cause i am pretty sure this coming week Vasundhara and Rohanpreet will be safe.

+ 3
14 years ago I am going to be biased and say they did a good thing by not having elminations, cause I dont want Rohan to be out :)