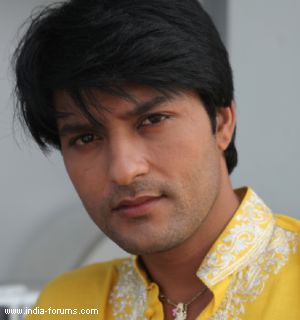 Shashi Sumeet Mittal Productions popular show  Diya Aur Baati Hum on Star Plus is gaining accolades for the performances in the show and topping the TRP charts.


As Sandhya (Deepika Singh) has successfully achieved her dream of becoming an IPS officer, she has now been handling responsibilities of being a daughter in law and an officer quite efficiently. The reason of her excellence is none other than her supportive and co-operative husband Suraj (Anas Rashid) who stand by his wife's aspirations and encourages to fulfill her dream.

Now since the track of the show focuses on the Sandhya's struggle at work as well as her household work, it seems that the lead actor has hardly any work to do in the show and so is unhappy with his current track.

Our sources say, "Anas is not happy with the track and might quit the show as he feels his job is over after fulfilling Sandhya's dream of becoming an IPS officer. Now nothing has been left for him to do in the serial as Sandhya is now seen accomplishing tasks well. So Suraj has no part to play and essence of show was Suraj encouraging his wife Sandhya to achieve and fulfill her dream of an IPS officer by helping her out in every hurdles coming her way."

One of Anas' close friends says, "He has no such plans as he respects and trusts the show Diya Aur Baati Hum's Producers and Directors. He believes that he will get his fair part to play soon and even he doesn't want to disappoint his fans who love watching him as Suraj and he won't disappoint his fans."

We hope that Anas' role is back on track!

Meynika 6 years ago Yes why is it that Sandhya always has to smell something fishy. While she is doing her outside duty, why can't Suraj wake up and smell the coffee about Mohit and Meenakshi?

Suraj is not well educated, but that doesn't mean he is dumb!

I totally agree with Anas, his character is a little lost behind Sandhya's success.

umadabh 6 years ago Anas Rashid do your best
Good Luck

Ranjeeta_ 6 years ago Anas Rashid as Sooraj, you are shining in the show and without Diya, Baati does not have any meaning, SoorajSandhya are AnasDeepika, may it remain like this on and on :)

Abiiiiii 6 years ago Anas Rashid Good Luck for your future :)
All the Best

tirues 6 years ago Anas Rashid you rockzzz as suraj... love u lots...

maaneet-2012 6 years ago Anas Rashid keep going and look always for the best. we with you and will keep support you forever. hope everything will be fine soon and seeing you as suraj rathi until the end of dabh.