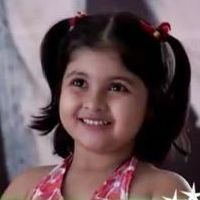 As many Bollywood personalities are making their appearance on the much loved popular comedy show Comedy Nights with Kapil, our telly kids are too invited to be a part of the Sharma family.
The cute little girl who rose to fame with Sony TV's Bade Acche Lagte Hai as younger Pihu will be seen on the comedy show for the first time.
Our source says, "She will be a part of Children's Day celebration in the show and there are chances that other celeb kids will also become the part of this episode."
When we contacted Amrita Mukherjee, she says, "I am excited and happy to be the part of Comedy Nights with Kapil."

6 years ago Love to see u baby, willl definitely watch

+ 3
6 years ago Wowww Im just eagerly waiting for that show .Missed her in BALH .glad to heaqr this news .