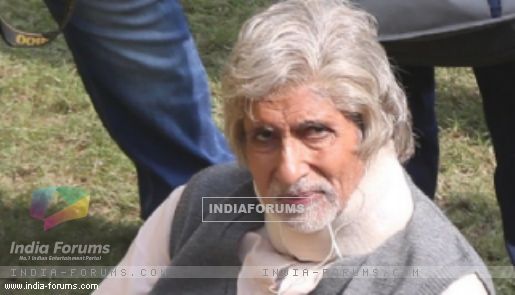 Adored as the "son-in-law" of Bengal, Bollywood legend Amitabh Bachchan Monday struck a deep chord with the audience here twice invoking Rabindranath Tagore - the most revered name in this part of the world.

"Having spent almost seven years of my early life here, it is quite obvious the mind is flooded with memories as Kaviguru Rabindrantah Tagore has said in his delightful version of Robert Burns' Scottish ditty "Auld Lang Syne," he said as he went on to recite "Purano sei Diner Kotha" in Bengali.

Amitabh had migrated to the eastern metropolis in search of a future and a job in the early 1960s and survived on a salary of Rs.500 by working for a private company. Later, he switched to Mumbai to make it big on the silver screen.

Talking about women's evolving role in the society, he yet again turned to Tagore, reciting his dance drama "Chitrangada".

"I am Chitra. No goddess to be worshipped, nor yet the object of common pity to be brushed aside like a moth with indifference," said Amitabh quoting Tagore's 1892 dance drama about the wife of Arjuna from Mahabharata.