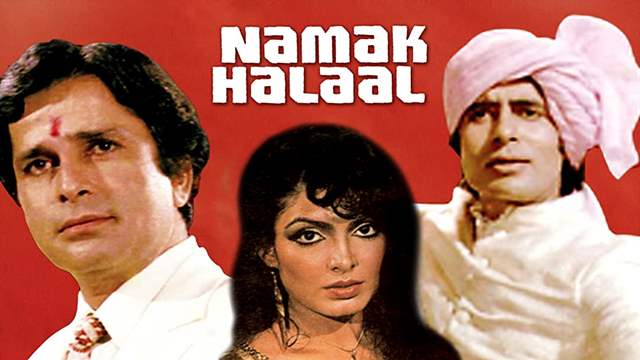 Prakash Mehra's masala film is all set to get a modern twist and be remade. Producer Murad Khetani who had backed the Arjun Reddy remake: Kabir Singh starring Shahid Kapoor and Kiara Advani will bankroll this remake as well.

Murad Khetani has already bagged the rights for the remake and confirmed the news as he told Pinkvilla:

"Yes, I have bought the rights to remake Amitabh Bachchan-Shashi Kapoor-Smita Patil-Parveen Babi starrer Namak Halal. It's a film that has been loved across generations and by people of all ages. We are working on the script at this point. We haven't approached any actor or director for the film as of now. We will work on the casting once we lock the script completely."

Written by Kader Khan, the 1982 film starred Amitabh Bachchan, Smita Patil, Shashi Kapoor, Parveen Babi, Waheeda Rehman, Om Prakash among others and had turned to be one of the biggest blockbusters of that time.

Now that the comedy classic is being remade, it will be interesting to see which new gen actor will step in the shoes of Big B. While the makers have not zeroed in the cast, who would you like to see in the remake of Namak Halal?