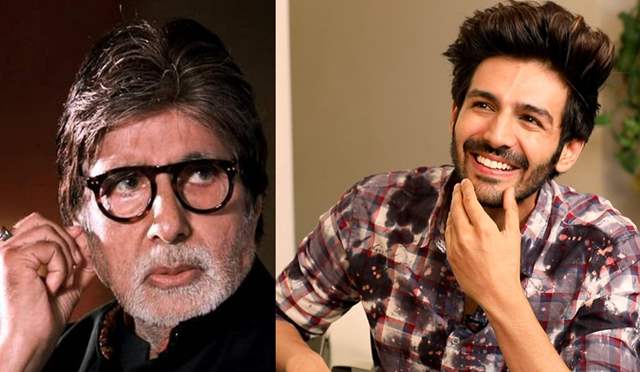 Kartik Aaryan is leaving no stone unturned to keep his fans and followers entertained amid lockdown. The Coronavirus pandemic has got the world to a stand still, not only it is taking lives all across the globe but it has also disrupted the lives of many daily wage workers.

In such difficult times of crisis, the Sonu Ke Titu Ki Sweety actor, is making sure to bring a smile on everyone's faces with his quirky video which at times also includes his family members and most of the times, it's his mother who steals the show with her savageness.

The recent one happens to be when he tries out the #GiboSiboChallenge started by the team of Gulabo Sitabo. It was one of the lead actors of the film, Amitabh Bachchan who challenged Kartik for the same and tagged him in his social media post. However, his mother and sister did not believe him and trolled him while he was fulfilling his task.

In the video, we can see Kartik Aaryan saying the Gulabo Sitabo tongue twister. However, he is soon interrupted by his mother, who from the background says, "Kya kar raha hai yaar subah se yeh internet isse bhara hua hai?"

To which, Kartik says he's taken the challenge because none other than Big B has tagged him. A shocked mom asks in disbelief, "Amitabh Bachchan ji tag karenge tereko? Unke itne bure din aagaye hai?"

Further, Kartik's sister enters the scene and he asks her to testify the same for his mother. However, the lady starts laughing and teases Kartik by pulling his cheeks. She then tries to grab the phone for playing ludo. LOL!

Soon after, Kartik's mother was hailed by Arjun Kapoor and Varun Dhawan for her epicness. "Mummy is on a roll... khel gaye... she is the star of this lockdown." Varun Dhawan, too, couldn't stop laughing.

Did Natasa and Hardik Accidentally Reveal Their Baby Boy’s ...
42 minutes ago

Adnaan Shaikh & Jumana Khan come together for a song with ...
49 minutes ago