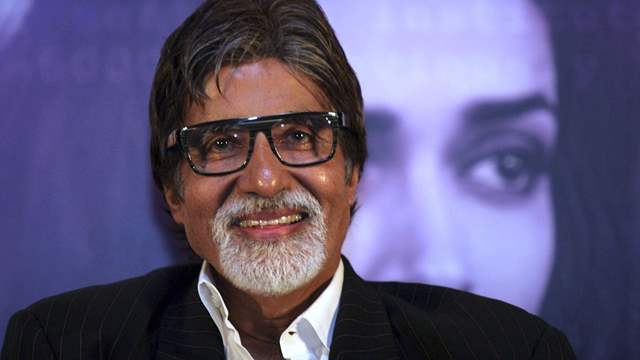 Amitabh Bachchan is a well-known actor who is active on social media. With his social media posts, the iconic actor masters the art of keeping his followers fascinated, whether it's flashback photos, photos from family gatherings, photos from the set, and more.

Each of his photographs attract a lot of attention and are a real delight for admirers. Meanwhile, Amitabh's newest Instagram picture is generating news for a different cause, as he uploaded a humorous photo to help him get through the week and it is his quirky best.

Amitabh Bachchan was wearing a blue jacket in the photo and was sitting in a vehicle when he took the selfie. His yellow glasses stole our attention, and he was all grins. He wrote, "7 a.m. and driving to work... a little yellow"

Admirers began pouring affection on the elderly actor in the comments. Shweta Bachchan and her daughter Navya Naveli Nanda also commented on the post around this time.

Navya added a heart on Amitabh's amusing selfie, while Shweta added the words "So sweet" and a heart emoji. Boney Kapoor, on the other hand, used the comment box to write, "Motivating really inspiring."

On the work front, Amitabh Bachchan was last seen in Ajay Devgn's Runway 34, in which he co-starred with Rakul Preet Singh and Boman Irani. He's also getting ready to star with Ranbir Kapoor and Alia Bhatt in Ayan Mukerji's Brahmastra. The fantasy drama will premiere on September 9th of this year.