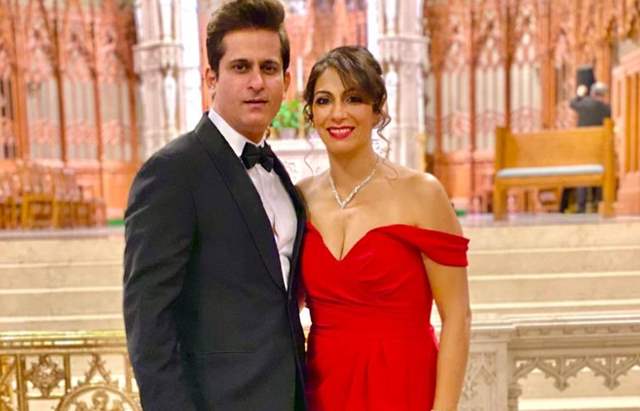 As per data, around 800,000 people die of suicide every year. Tragic, isn't it? And it's not something that you plan and do, it's just that those dark thoughts that overpower your inner conscience and make you take such drastic steps within seconds. Well, Amit Sarin and his wife Vineesha Arora Sarin's upcoming film "Between Mountains" is all about a man's journey from that darkness to light.

The couple was deeply shaken by the alleged suicide of Bollywood actor and Amit's "Pavitra Rishta" co-star Sushant Singh Rajput. With him in their thoughts, the couple just followed their guts and created something that promoted suicide prevention. And since September is National Suicide Prevention Awareness Month, there couldn't have been a better time than this to put the news out about their movie.

The movie revolves around Amit's character Johnny Morris, who has lost his young son and is in a state of despair and darkness. And though it's neither a sign of cowardice, nor bravery, but how he contemplates taking away his life after experiencing the loss. The "Kkusum" actor lost his mother at a very young age and used his personal experience to portray his role with perfection.

It is still in the filming stage and since Amit and Vineesha are based in L.A., they shot the film in the national parks of the west coast in Utah, Colorado, Nevada, Northern & southern California, and Oregon.

"Between Mountains" is all about a man's journey through a dark phase of his life, where suicidal thoughts haunted him, and how he overcame those feelings. That's what the tagline "Every end is a new beginning" signifies.

Vineesha, who made her digital debut as a filmmaker with "Come Back To Me", aims to create awareness towards mental health and suicide prevention through the film. The couple hopes that even if one life gets saved after watching this film, it’s worth their effort.