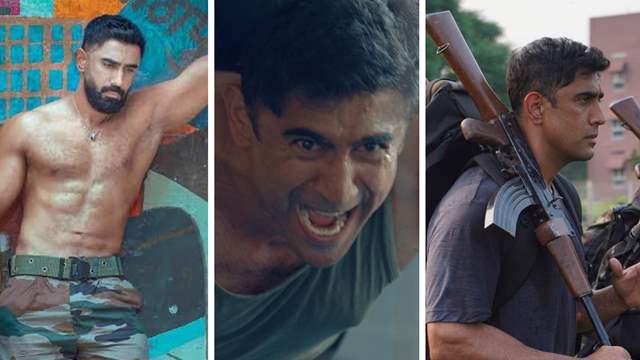 The upcoming series ‘Jeet Ki Zid’ is inspired by a true story. It is a testimony to the real-life story of Kargil: war hero Major Deependra Singh Sengar who fought against all odds in different walks of life, be it the war or personal life. The series captures all of Major Deep Singh’s highlights and turning points in his life.

The life of a soldier is depicted in the series with high octane action sequences and various army missions, the level of which has not been witnessed before. Amit Sadh will be seen essaying the lead role of Major Deep Singh and this to be his best performance to date.

Not only did Amit undergo massive transformations that are visible throughout the series trailer but he also did most of the action sequences on his own, getting injured while trying to execute one of them but he kept on going. To start shooting, Amit lost over 20kgs in just a span of 14 days and gradually he gained muscle and weight to suit his look through the later stages of the series.

Amit Sadh shares on his major transformation for essaying the role of Major Deep in Jeet Ki Zidd, “Transforming our body and looks is a basic demand for an actor’s job. As losing 14 kgs was what it needed to respect the role, that is what I did. The process for sure is a little difficult but that is the least I could do to pay my respect to the role. Every step to this journey was thrilling and will stay with me for life.”

Zidd Teaser: Amit Sadh as real-life Kargil war hero will give you ...