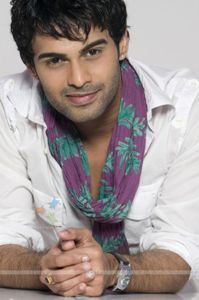 An actor has no barrier, and Amit Dolawat has just proved that!! The actor who is presently seen in Ye Rishta Kya Kehlata Hai will now try his hand at regional shows!!

Amit who is a not a Maharashtrian will be essaying a prominent role in the ongoing Marathi show, 'Runzun' which airs on Saam TV.

As per our source, "Amit will be essaying the role of Kedar Kelkar, who is a doctor by profession. He will come as a saviour in the show".

Talking about how he went about accepting the role, Amit states, "Actually the Producer wanted to cast me since a year, but I was afraid to take it up  as I am  not a Maharashtrian. Though I am not new to the language, I was in a dilemma whether I will be capable of narrating long sentences. It so happened that the Producer had faith in me and insisted that I do the role. And today, I am happy to have accepted the challenge. I see this as a great opportunity to thank the soil and give back something to the great literature".

Amit was recently seen in an episodic of Sony TV's Adaalat.. His entry in the show is scheduled this Saturday!

11 years ago I think she did this to become successful after whatever she went through in her married life. I am proud of her for showing her looser husband that she is not going to die without him or his support. Her success is a big slap in her in-law's face. Don't hate on a person for wearing skimpy clothes, look at Helen Ji she use to wear this kind of clothes in olden days and is still well respected. I agree swamiji about her pure Soul!!!

11 years ago And why is this information important? It''s a personal matter...I don''t see why an article is required.