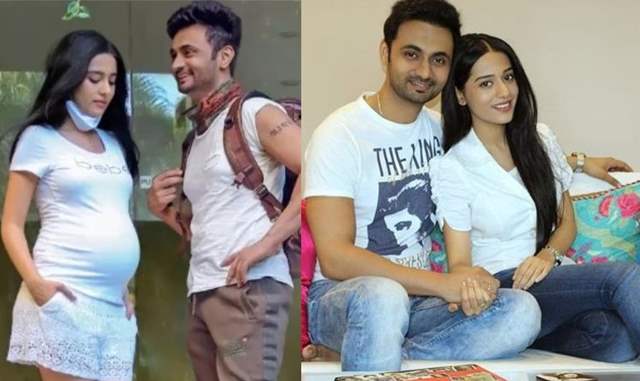 2020 is proving to be lucky year for many B-townies as one after the other many celebs are announcing their good news.

Recently, Kareena Kapoor Khan and Saif Ali Khan announced to their fans and followers that they are pregnant with their second child. Later, Anushka Sharma and hubby Virat Kohli shared the news of embracing parenthood for the first time along with announcing the date of their little one's arrival in 2021.

Yesterday, reports had it that cricketer Zaheer Khan's actor wife Sagarika Ghatge too is pregnant with their first child.

Now, another Bollywood name has been attached to the list of ladies who are pregnant. As per the latest reports, Main Hoon Na actress Amrita Rao is pregnant.

ETimes has reported that Amrita Rao was spotted outside her doctor's clinic in Khar along with her husband RJ Anmol. The baby bump is clearly visible in the picture. Amrita and RJ Anmol tied-the-knot in 2016 after seven years of being boyfriend and girlfriend.

A source close to the couple informed TOI, "She is loving this phase of her life. While people may not be aware of her pregnancy, those close to the couple are in the know. They conceived just before the lockdown and this phase came as a blessing in disguise as the couple could spend quality time together. Anmol and she are both private people and they like to keep things low-key."

The Vivaah actress indeed likes to keep her personal life personal! Her wedding in 2016 was also an intimate affair with only closed ones being on the invitee list. The actress is pretty active on social media, however, she hasn't shared any picture showing off her baby bump as of yet.