View Profile
Remember Aamir's confidante and friend Tipu in the movie Lagaan? Well, Amin Gazi who played that role was also seen a child actor in Anubhav Sinha Productions' (ASP White) 'Chee & Me',.  And now, he  is associating once again with the production house for Sahara One's Mr. & Mrs. Mishra. 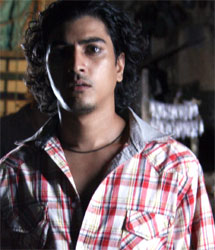 Featured Video
According to our source, "Amin enjoyed his experience with the production house during Chee & Me. The production house wasn't aware of the fact but Amin was intent on breaking his child artist image. So when he bagged a gangster's role for Mr. & Mrs. Mishra, he was truly delighted. He is thankful to Sahara One and the production house for giving him such a challenging show. He is confident that the show will give him his much wanted brand new identity".

The new story which will unfold tonight in Sahara One's Mr. and Mrs. Mishra is titled 'Jamaal's Death'. Unit 9 headed by Rahil Azam will now have to deal with gangsters and drug peddlers in this story.

Talking about Amin's character the source says, "Amin plays the character of Yaseer a 20-something old gangster and a drug-pusher. He and his partner Jamaal are the only two persons who have seen the kingpin-Ajmal. Apparently, his rise to success happened in a very short span of time. But inspite of his negative lifestyle, he is a great friend and values friendship over all other relations. The main element of his role comes out when he goes seeking revenge on the people who kill Jamaal." 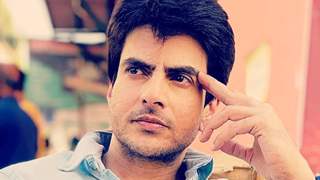 Rahil Azam aka 'Hatim' on his marriage plans ahead

12 years ago Gave very impressive Performance ..Wish him all the best for a bright future ..