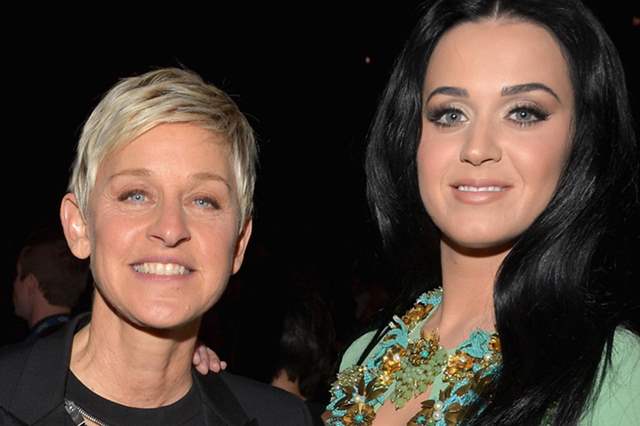 Usually known to push for important causes and being the lovable person she is, Ellen DeGeneres is currently under immense scrutiny owing to several problems at her workplace apparently. And while there has been a lot of flak otherwise, singer Katy Perry has now become one of the first celebrities to offer her support to Ellen.

She took to Twitter on Tuesday, Aug. 4, to defend the 62-year-old talk show host.

"I know I can't speak for anyone else's experience besides my own but I want to acknowledge that I have only ever had positive takeaways from my time with Ellen & on the @theellenshow," she tweeted. "I think we all have witnessed the light & continual fight for equality that she has brought to the world through her platform for decades. Sending you love & a hug, friend @TheEllenShow."

Perry wasn't the only celebrity to show support. Portia de Rossi also recently shared an Instagram post that read, "I stand by Ellen."

"To all our fans....we see you," the 47-year-old actress and wife of DeGeneres wrote. "Thank you for your support. #stopbotattacks."

The posts came amid allegations about The Ellen DeGeneres Show's workplace environment. In July, BuzzFeed News published a piece in which one current and 10 former employees spoke out about the alleged "toxic work environment." Executive producers Ed Glavin, Mary Connelly and Andy Lassner said in a statement to E! News they are taking these claims "very seriously" and noted "the day to day responsibility of the Ellen show is completely on us." DeGeneres, who was not accused of the alleged misconduct, addressed the claims in a letter to her staff. An internal investigation was also launched.

Ani_La_Iam 1 months ago I hope her show end and she goes down after what she did with her own niece. Sick person she is.