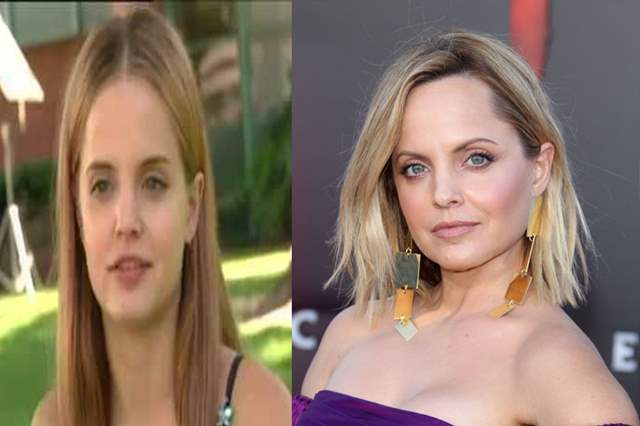 It is truly said that there is no 'right age' to get pregnant and actor Mena Suvari is just proving that. Suvari, best known for her roles in Amerian Pie series and American Beauty is pregnant with her first baby at 41 years old.

In an interview with People. Suvari revealed that she is pregnant with her and Michael Hope's first baby. The news comes nearly two years after the duo said "I do" during an intimate 2018 ceremony.

Suvari shared that she and Hope started trying for a baby earlier this year, which was more emotionally taxing than she expected. "You expect that it'll happen and it didn't," she said, explaining that she used ovulation sticks to track her fertility. "I got to this place where I felt overwhelmed and stressed out."

Suvari joked that she felt there was "this air of like, I've got one foot in the grave and good luck."

"It was something that we've always wanted, but a couple months before, I had stopped calculating," she shared. "I pulled back and let go, which apparently they say that that's when it happens."

Suvari learnt that she was pregnant in July. Soon after, she discovered she was carrying a baby boy. "I've always had this attitude of, I can't wait to get to know them," the Sugar and Spice actress said of her soon-to-be born son. "I just want to be like, who are you? Where do you come from? What do you have to teach me? I want to give as much as I can and try to communicate as much as possible and be really present."

We wish the couple loads of congratulations and hope she has a pleasant pregnancy.