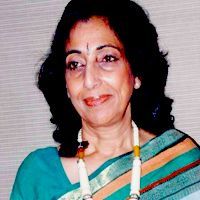 Sphere Origins' popular show Balika Vadhu which is gaining immense popularity and which is grabbing the eyeballs of its viewers is all set to witness another entry in the show.

As we had earlier reported about actor Anshul Singh to be seen as Sanchi's groom in the show, now the viewers shall soon witness the entry of the veteran actress Amardeep Jha who has been roped in to play a senior character in Balika Vadhu.

The show which is known for highlighting social issue will  once again focus on the social issue of senior citizens.  Our source says, "The show Balika Vadhu will focus on the issue of senior citizens who are being mis-treated by their own children today. The upcoming track will feature Amardeep Jha who is playing the character of an old lady named Suhasini Gupta. Her son will take her to an old age home.  He will leave her there without informing and will bluff her by saying that he will return in an hour. Thus she will wait for her son and when she will realize that her son has left her and will not come back, she will go into a mental trauma. As Aanandi (Toral Rasputra) is actively engaged social activities, she will aid Suhasini Gupta. She will help Suhasini to come out of this trauma and will try her best to send Suhasini back to her home."

When contacted Aamrdeep to know more about her track she said, "Yes, I am doing a cameo role in Balika Vadhu. I am playing the character of Suhasini Gupta who is a senior citizen who is facing the hardships in her life as her son doesn't want her to stay with him and how she will tackle this situation along with the help of Anandi. It is a pleasure working in Balika Vadhu because it is a show with which a person can relate oneself with the problems highlighted in the show. I don't watch Balika Vadhu everyday due to my busy schedule but whenever I get time, I watch it because it's a kind of a show which attracts its viewers by giving such impactful messages which are very helpful in real life."

Elaborating further on her look, Amardeep states, "I will be seen in a normal saari and not in Rajhasthani attire because I am playing a character of a woman who is from U.P. I started shooting from yesterday and will shoot for more 4 or 5 days as it's only a cameo role in the show."

We wish Amardeep Jha all the very best!

Mina.14.5 6 years ago All the very best Toral Rasputra for the coming tract. The tract is so interesting.

_Jaya_ 6 years ago very interesting track. both look so good on screen. Toral Rasputra, all the best

Mina.14.5 6 years ago Hi, Toral Rasputra, good morning. Really happy for this tract. It is so interesting and meaningful tract. Have a nice day.

goofyCat 6 years ago Interesting track, and Amardeep Jha is doing quite well as a broken mother...
Toral Rasputra, wish to see a good, logical and realistic track for Anandi!!

Mina.14.5 6 years ago Looking forward for this tract. All the very best Toral Rasputra for your future assignments.

RainbowSun 6 years ago Looking forward for this track- Hope BV will show it in a realistic manner.

Bigg Boss 14: Kavita Kaushik shuns reports of being a part ...
37 seconds ago