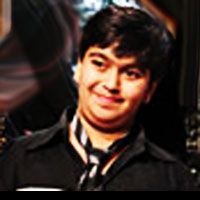 When we called Aman, his mom Sushma Sharma said, "Yes, he is a part of the show and will be playing an important role. I can't give you more details."

According to our source, "The character of Bolu is the best friend of main lead Reva (Aastha Chaudhary) and is always with her and supports her. Reva is a poor girl who is unaware of anything around her. She is very kiddish, and does not understand the seriousness of things. But one incident changes her whole life. She gets raped by a rich guy (played by Rohit Purohit), a spoilt brat and to compensate his deed his elder brother (played by Anas Rasid) gets married to Reva."

"Bolu aka Aman will always be a support to Reva, even after her marriage. His is a full-fledged role in the show", adds our source.

Looking forward to this platonic bond between a boy and girl

+ 6
12 years ago that is their usp social issues anyways hope to see agood love story...as the material is all their

+ 2
12 years ago Now rape??When will Colors come up with something other than a rona-dhona show??

12 years ago why dont colours have different genre shows becoz all their shows are rona dona depressing shows.