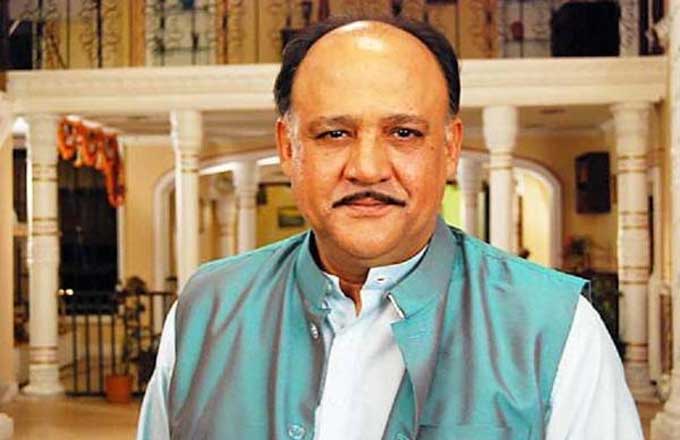 Life OK's most watched show Ghulaam has been winning viewer's hearts for its gripping and exciting story-line.  The show is all set to witness a new entry to double up the entertainment quotient.  Veteran actor Alok Nath who is known for playing the best 'Babuji' on television is approached to play the most important character.
Yes you heard it right. The show will soon see the entry of a new character and as per the reliable sources from the set Alok Nath is approached to play Shivani's (Niti Taylor's) father in the show.
"There will soon be the entry of Shivani's father in the show who will bring in some unimaginable twists and turns in the show. Alok Nath, the most loved Babuji of the industry has been approached to play this pivotal role. The talks are on and there is positive response from both the parties. If things fall in place he will play Shivani's father," says the source from the set.
It will be very interesting to the see the Hum Aapke.. fame Babuji' adding his charm to Ghulaam.

ChitralekhaG 3 years ago The story is on the track Now, So Please stop spicing up things unneccesarily.Niti Taylor and Manju Bhabhi are Love.

Twinkle.MaNan 3 years ago Hoping to see this track in this week. Niti Taylor you are rocking the show.

MadhyaNan 3 years ago A father for shivani is not acceptable at this stage, Niti is doing justice to her role.

Iceburger 3 years ago Was expecting Alok Nath to play the role,anyways best of all Mukul Nag !! Niti Taylor,love ya

Einy 3 years ago Where was Shivani's father all these years?
Looking forward to this angle of the story with Niti Taylor.

Roykapoor 3 years ago My heart was going zooommm reading this news,then suddenly saw another buzz of not him but mukul nag playing the babuji and it just go down to drain now.It would have been a lifetime experience for Niti Taylor then.

Chitrangadaa 3 years ago Never expected a father that too of Shivani at this point of the story.Only makers know what is in their mind to introduce such a character.Still wishing to witness some good scenes of Niti Taylor that way.
Errr.. My auto correcting phone..