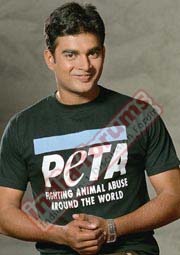 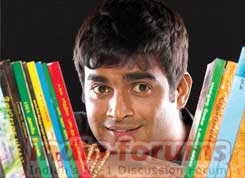 Featured Video
Mumabi, Oct 18 (IANS) There are several actresses with the Sen surname in filmdom and R. Madhavan, who is working with one of them in 'Sunglass', says similar last names make things rather difficult for him!

'Reema, Riya, Raima.... all these Sens are driving me insane. As it is, I'm terrible with names. And to compound my confusion I'm also doing a Tamil film with Reema. I hope I don't end up confusing ('Sunglass' co-star) Raima's name,' Madhavan told IANS.

Ever since he returned from Kent, Britain, Madhavan has been feeling on top of the world because he lost six-and-a-half kilograms during the trip.

'Everything seems so different. I knew all along that I was overweight, thanks to my Tamilian background that made me gorge on rice and curd every day. All that has changed now,' said Madhavan.

'Not only do I recommend a light meal for myself but also for my other Tamilian colleagues in Chennai, who seem to subscribe to the more-the-merrier way of life a little too obediently,' added the actor who has finished shooting for Rituparno Ghosh's 'Sunglass'.

When Ghosh saw him in Kolkata, he exclaimed, 'But you look too young for the role!'

'That's because Ritu hadn't seen me after my weight loss,' said the actor.

'Would you believe I said yes without hearing the full script? But the fact that Ritu felt it was the right role for me, gave me the courage to just plunge into the film after hearing a brief narration.

'Ritu is a fabulous storyteller. Though I met him for the first time for 'Sunglass', I feel I've known him well for some time, thanks to his persuasive way of reaching out. I think between Mani Ratnam and Rituparno I'll cover the entire spectrum of filmmakers.'

Konkona Sen Sharma is Maddy's co-star in 'Sunglass' and Maddy is happy he lost wait.

'I think she and I make a great pair. She's dusky and so am I. Thank god I lost weight. She's reed-thin, yaar! We'd have looked like Laurel and Hardy on screen.'

He narrates an incident that took place when he was shooting for his latest Tamil hit 'Thambi'.

'I had put on a lot of weight to play the do-gooder goon. A female fan came straight up to me and whispered, 'I like you more this way. There's more of you to fantasize about.'

'I distinctly remember I had flinched because it was a not-so-rude reminder of my weight and also because such female attention always makes me feel inadequate.'