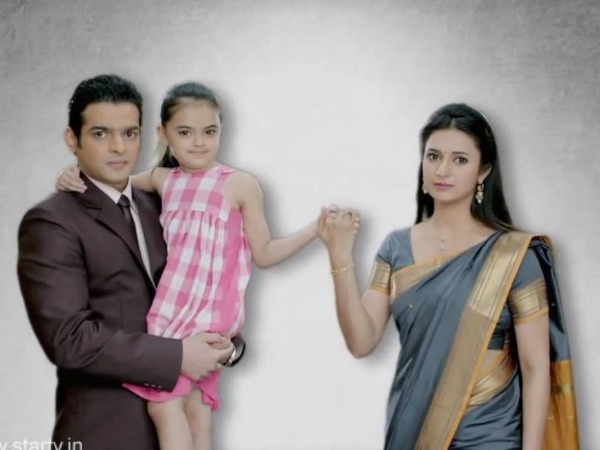 We have time and again got you stories of how sets of Television shows are one big happy family with most of the actors and the rest of the crew sharing fun, food and laughter, the sets of Ye Hai Mohabbatein shares a different story altogether. The long shooting hours have not lead to any kind of bonding between the actors but instead has become a nuisance to them as they find it difficult to get along with each other.

Producer Ekta Kapoor's show Ye Hai Mohabbatein which airs on Star Plus is the story of Raman (Karan Patel) and Ishita (Divyanka Tripathy) who are completely different from each other in terms of culture and values, and they get married so that Raman gets to keep his daughter Ruhi's (Ruhanika Dhawan) custody.

Couple of weeks back, there were reports which claimed that lead pair of the show Divyanka Tripathy and Karan Patel cannot stand each other in real life and prefer to stay away during their break times. But in one interview, Divyanka cleared this and said that it isn't true and that they share a pleasant relation with each other and are good friends in real life, but now it seems that it's not only the lead pair but the entire crew which cannot tolerate each other and prefer to stay away during their leisure time on the sets. Says our source from the sets, "While the couple is shown to be of different opinions all the time their onscreen chemistry with Raman and his arrogant attitude and Ishita with her simplicity is being highly appreciated by the audience. However, the couple share strictly cordial relations on the sets. The mothers of the main leads - Madhvi Viswanath Iyer (Neena Kulkarni) with her typical south Indian accent and Santosh Omprakash Bhalla (Shenaz Rizwan) with her typical Punjabi nature had added to the popularity of the show. Both the ladies are shown to be at loggerheads all the time in the show and in reality too they don't see eye to eye. The show has gained immense popularity for the love and hatred shown in the show, but in reality its only hate amongst the actors in real life." 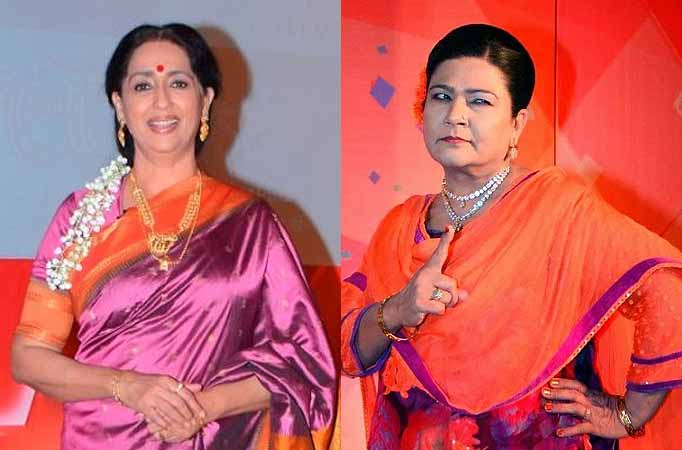 While we hear of actors sharing food and memories of shoot together, it is not so in the case of this show, "When there is any happy occasion like the birthday of any actor or any festivals, the actors from most of the other shows prefer celebrating these special days with their co-stars and crew on their respective sets but in this case the cast of Ye Hai Mohabbatein is least bothered about each other and keep to themselves when it comes to celebrations."

The source says that there is a perpetual cold war on the sets and it is difficult to maintain cordial relations, "It is seen that there is a cold war amongst most of the actors on the set.  Recently, an actor was down with throat infection because she is allergic to cigarette smoke but despite of her repeated warnings, her fellow actor didn't stop smoking on the sets and ultimately she fell ill. It is very important for any daily soap to maintain their position on the TRP chart for which the actors work very hard. However, in the case of Ye Hai Mohabbatein there is no sense of discipline as the actors are not punctual and thus the shoots are delayed which is affecting the show's TRPs too. The show has gone down this week in terms of TRPs as compared to the previous week."

A show which is doing well for itself will surely go the wrong way if this continues and we can only hope that all gets well soon amongst the actors of the show!

Tiashah 7 years ago Makes the show more realistic..who cares if they like each other long as the show is good and keeps us entertained.

7 years ago Karan Patel u did amazing job again.
U made me cry.
U r the BEST..
Ur acting is perfect n natural.
Loves Raman Toshi ji scene,Raman Ruhi scene.
Waiting for tomorrow's episode.


Guys keep on commenting on Karan's fan club n DONT forget to write his full name as Karan Patel..
He deserves to be in top ten position.


Karan Patel u did amazing job again.
U made me cry.
U r the BEST..
Ur acting is perfect n natural.
Loves Raman Toshi ji scene,Raman Ruhi scene.
Waiting for tomorrow's episode.


Guys keep on commenting on Karan's fan club n DONT forget to write his full name as Karan Patel..
He deserves to be in top ten position.

This reporter probably saw a scene being shot between Mrs Iyer and Mrs Bhalla and mistook it for off screen fight!

+ 3
7 years ago yeh hai mohabbatein rocks
divyanka tripathy n karan patel rock as IshRa... we luv u all..
keep it up guys

7 years ago Oh!
Sad to read!
I watch it in between my other fav of EK - JodhaAkbar. Bt really m not catched by this show nowadays with entry of Aditya! I love Roohi more!

7 years ago Karan patel,Divyanka tripathy,Ruhanika dhawan rocks..ye hai mohabbatein is a no.1 show in Indian television..

+ 2
7 years ago First you report that Divyanka and Karan don't like each now you write everyone hates each other. Lol.

+ 3
7 years ago yeh hai rocks
divyanka tripathy along with karan patel rocks
u all rock... don't worry n concentrate on building up the story the way u are doing it... it's suuper cool...