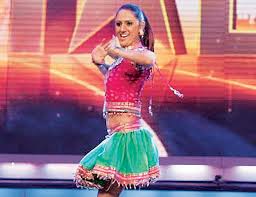 A one-legged contestant of "India's Got Talent Season 5" has grabbed the attention of a lot of Bollywood celebrities. The latest is "Highway" actress Alia Bhatt.

The contestant, Subhreet Kaur Ghumman's aerial act during the semi-finals of the reality show left the actress speechless.

Alia came on the show to promote her movie "Highway". While she had some fun in the company of judges Karan Johar, Malaika Arora Khan and Kirron Kher, little did she know that Subhreet's performance would leave her grappling for words.

Dressed in an angelic outfit, Subhreet looked like a fairy descending from the sky.

The 20-year-old actress was so moved by Subhreet's performance that she went on stage and saluted her spirit and will power. She even said that she felt it to be a moment of pride to share the stage with her, said a statement.

"India's Got Talent 5" airs on Colors.

.shinchan. 6 years ago hats off to her..she is a star..
bless her