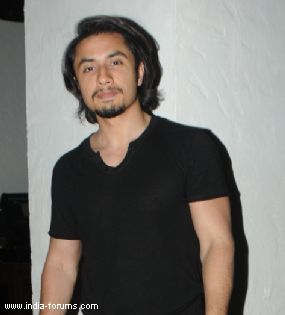 Pakistani singer-actor Ali Zafar, who made his Bollywood debut in 2010 with "Tere Bin Laden", will now direct a short film.

He tweeted his photograph Sunday with a caption: "At my set as director."

Ali Abbas Zafar, who directed the actor in 2011 for "Mere Brother Ki Dulhan", replied to his tweet saying: "@AliZafarsays All the best now there will be even more confusion about you and me as "Directors". Inshallah you will make a kick ass film."

The "Sun re sajaniya" hitmaker thanked him and said: "@aliabbaszafar haha. Thx buddy. This one is a short film."

However, he neither revealed the film's title, nor the theme.