Controversies are galore when it comes to our television stars. Caught up in a tangle of lies, deception and rumors are television’s new comers Ali Merchant and Madhura Naik. Telly Buzz tries to untangle the web, as it gets before you the very words of both stars involved...

The buzz doing rounds in the industry is that the two actors were not only good friends but Ali was also pursuing Madhura earlier. Madhura who was in a serious relationship then had turned him down. It’s common knowledge that a woman scorned in love is dangerous. But, men can be no less. Now that Ali Merchant is in a serious relationship with Sara Khan (Sadhna of Bidaai), he has threatened Madhura to keep away from his girlfriend.

We caught up with Madhura, who also happens to be playing a cameo in Rajan Shahi's Sapna Babul Ka.. Bidaai to know her side of the story. Clearing the air she says, “Ali and I were always good friends, right from the days we were trying to make a name for ourselves in the industry. Sara and I were working together in Bidaai. When I heard about her engagement with Ali, I just asked her about it. I do not know what was said between them, but within days, I was being threatened to stay away from Sara and not to give her unwanted advice. Ali even went on to say that I would have to face dire consequences if I did not do as he demanded and would end up throwing me out of the industry.”

Enraged with the threat Madhura adds, “Who does he think he is to say that he will throw me out of the industry? I am an international model and the ambassador for many international brands. I have just started my career as an actor. I did not make any statements that he has a very minimum bank balance or whatsoever and let me tell you, media have just misquoted me here. In fact, when such things came out, I immediately messaged Ali saying sorry and that it was a mere misunderstanding. But he did not accept it and replied with another threat.”

Ali, on the other hand, had a completely different story to share about the dispute, as he says, “Madhura is just looking to get her self-publicity done. I have a big group of friends and Madhura has always tried to get into my group. None of my friends can stand her and we avoid her. She got her roles in Amber Dhara and Kumkum because of me. Instead of being grateful, she is ill advising my girlfriend. Moreover, even if media has misquoted her, she did not do anything to clarify it. It is just a case of self-publicity and there is nothing more to it. And I never ever threatened her. In fact, she was the one who said she would go and speak to the media about the everything. She has called me umpteen number of times and my friends are witnesses to her calls and her proposals.”

So, what's the truth behind it? Is it a publicity gimmick or do we have a woman in love scorned? We'll let you be the judge of that!!! 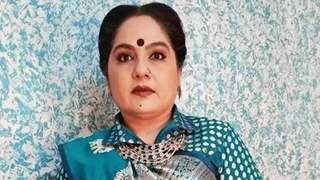 + 3
8 years ago Woh this is hilarious. She is an INTERNATIONAL model !! Im roflin spoo freaking hard

12 years ago thanks for article
hey all plz that''s their problems..plz don''t get personal in this..they both will fixed it..hey don''t let Sara come in...u all need to calm down..we don''t know whats true or whats not..seriously. come on..chill..friends happens always fights or etc..by the way Madhura wasn''t in amber Dhara tho.

13 years ago Absolutly disagree with those people who said Hirthik didn't suit the role!! I actually can't imagine anyone else playing this role of Akbar other than Hrithik. He did an excellent job!!! The movie was just fantastic. And btw in the movie Jodha was born in Amer not Amber..just a small typo ther ;)

+ 2
13 years ago Disagree with that youngster! Hrithik was perfect in the movie!
Ash's performance was great too
JA rocks!

13 years ago an excellent and outstanding movie.too good chemistry between ash and hritik. movie is not long as romance is in the air and feels it shld not end .welldone ashoutoush

Farida 13 years ago
An A+ Movie, not to be missed

There are good movies. And then there are great movies.But very few are truly epics. I can very confidently say that Jodhaa Akbar is going to be an epic.

Do not be daunted by the 195 minutes runtime of the movie. At no point in the movie will you be aware of the time. The performances put in by Hrithik Roshan and Aishwarya Rai,along with the ethereal music provided by A.R.Rahman and the stunning costumes by Neeta Lulla are going to blow your breath away.

No Indian cinema has ever evoked such a strong mixture of emotions in the audience as this one. Each and every frame of the movie is a treat to the eyes. There is richness and grandeur in every aspect of the film.

'Jashn-e-bahara' and 'Khwaja mere Khwaja' are superbly shot and executed songs. And then 'Azeem oh Shan Shahenshah' is one song that will remain etched in your memory long after you leave the theater.

The scenes where the Emperor Akbar tames the wild elephant and the sword fight between the royal couple are truly memorable. The battle sequences are captured very well.

The initial mistrust between Akbar and Jodha bai and the subsequent budding romance are handled brilliantly.

Hrithik is superb as the Emperor Akbar and I doubt if any actor of his generation could have handled this role as well. And Aishwarya Rai as usual looks stunningly beautiful.

All in all, a tremendous movie and I am going to strongly recommend this to all my friends.

Thank you Ashutosh for Jodhaa Akbar.

13 years ago what a joke!the movie is awesome. Hrithik is fantastic.. love him in the film. ash is gr8 so is the rest of the supporting cast.. marry me hrithik!