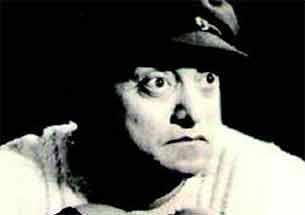 Kimaya Motion Pictures, which is making a biopic on late actor-director Bhagwan Dada, has filed a case against director Niranjan Patwardhan for cheating, fraud, breach of contract and theft.

The production house alleges that Patwardhan cheated them by taking illegal possession of screenplay of "Albela" - based on the actor, whose real name was Bhagwan Abaji Palav, with dialogues, research material and important hard disks from the producers' office.

The FIR was registered at Bhoiwada Police Station on Jan 12 after Patwardhan failed to respond to three letters sent by the production house regarding "Albela".

"Albela", to be produced by Kimaya Motion Pictures and directed by Patwardhan, was meant to be released in August 2013, but the film's shooting never took off.

"We finally decided to start the shooting from September and then release in December 2013. He kept pushing the date, so we held a meeting at end of October and asked for the screenplay. He refused to do so saying that it is his screenplay and can't share with us. This wasn't acceptable to us as he had transferred rights to us," Kunal Shetye, director, Kimaya Motion Pictures, told IANS.

A day after the meeting, a letter from Kimaya Motion Pictures was sent to Patwardhan asking him to submit the screenplay.

"We gave him two options. He could either give us the screenplay or buy it from us. We gave him option to make another biopic on Bhagwan Dada, but he had to give us credit and give our money back. We asked him to reply within seven days, but he didn't," said Shetye.

On not hearing from Patwardhan, they sent him termination letter in November. This was also ignored by the director. Even the film's dialogue writer Nandan Singh tried to connect with Patwardhan, but in vain.

"On Dec 3, we read an article which mentioned that he was making another biopic on Bhagwan Dada by the name of 'Ek Tha Albela' with another producer. We sent him another notice. He didn't reply so we approached police on Jan 3. They collected evidence and then FIR was filed on Jan 12," said Shetye.

A team of police lead by investigating officer Kailash Chavan seized few of the film materials from Patwardhan's house.

"We went to his residence on Monday and seized his laptop which had material related to the film. We didn't arrest him as we need to further investigate the case and collect evidence against him," said Chavan.

Contacted by IANS, Patwardhan said: "I can't speak on this as it is sub judice matter. I am the victim here. I will go by the law and meet them in the court, if required."

He did though mention that "Ek Tha Albela" shooting will soon start with Marathi actor Atul Todunkar playing the lead, and is directed and produced by him.

"The screenplay is also mine. It has nothing to with the other project that I was working on earlier. The idea and concept are different," said Patwardhan.

Shetye disagrees with him and said: "We spent around Rs.25 lakh on this. All the research work was funded by us. An amount of Rs.8,25,000 was transferred to his account. The biopic that he is making has same content like ours. Right now, what we want is he shouldn't be able to make a biopic on Bhagwan Dada and we want to recover our losses."