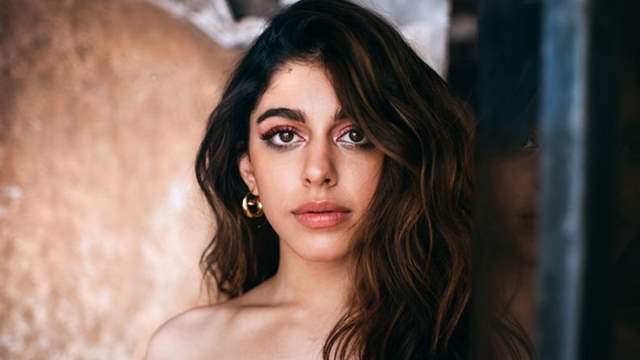 The new shining star kid on the block, Alaya F made her big acting debut with Jawaani Jaaneman co-starring Saif Ali Khan and Tabu. Her performance was lauded by the audience and she instantly gained fame right after her first film.

The 23 year old Alaya makes a candid confession about contemplating cosmetic surgery for her nose. She says that she has a slight bump on one side of her nose that she wants to fix.

During her appearance on By Invite Only, Alaya was asked if she has ever considered cosmetic surgery, to which she confessed:

“Yes, I have. I have considered it, I have not done it. I think everyone has been like, ‘Maybe I should do…’ It is the smallest thing, I don’t even know if people can see it. So, this side of my nose is the nice one (shows right profile), this one (showing the left side) has a slight bump here. It’s like the tiniest thing in the world.”

However, Alaya adds that there are chances that she will not do it.

“I’ll probably never do it because it’s so damn pointless.” When the host told her that he does not see what she is talking about, referring to the supposed flaw, she replied, “Most people don’t, but it’s okay.”

Meanwhile, after basking in the success of her first film, Alaya F has bagged another project with Pooja Entertainment. However, due to the lockdown, she is currently at home and spending her time sketching and cleaning.

Alaya has an artistic hand and her drawings are proof of it. She often shares pictures of her art on her social media, which has highly impressed all her fans.

+ 3
2 days ago I understand the crazy pressure in the film industry. But why are actors intent on looking like clones of each other? These tiny beautiful imperfections are what make us human. Glad that Alaya at least will likely keep that bump on her nose 🤷‍♀️