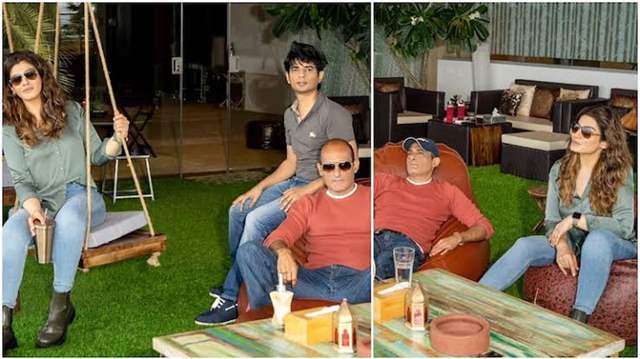 It is amazing to see some of the finest actors from the 90s now get good work in this times of a web revolution and how even if they are not necessarily headlining a big film, they are doing quality and worthy work on the web space in one form or another.

That will be the case yet again as stalrwart actors Raveena Tandon and Akshaye Khanna are all set to mark their collaboration for an upcoming project. They will be shown clashing on-screen as rivals for the first time in Vijay Gutte’s ‘Legacy’.

Being mounted on a monumental scale for a global audience, the exciting drama series would be shot across multiple countries bringing to screen the feud between the characters being portrayed by these two stars.

Gutte earlier directed The Accidental Prime Minister and Legacy will be his web debut, also marking his second association with Khanna.

We are certain the fans would be truly excited.