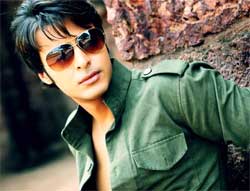 As reported earlier, Akshay plays the son of Radha Bua (Sadiya Siddique) in Genda Phool, who will try to set right the strained relationship that his mother shares with him.

According to our source, "He will be seen as the guy opposite sister of Aham (Mohammad Nazim) in Saath Nibhana Saathiya. His screen name in the show is Umang. Aham who is in love with Umang's sister will eventually end up marrying Gopi (Jiya Manek) the girl chosen for him by his family. This will irk Umang who is in love with Aham's sister, and will vow to take revenge for the disappointment that his sister has faced".

When contacted, Akshay Sethi confirmed the news and said, "Yes, I will be the guy opposite Aham's sister. He is a character with a grey shade and will try to create problems in the family".

Akshay has started shooting, and his entry sequence will be aired on Monday. Akshay has shot for Sasural Genda Phool, but his entry is still to happen.

Sudharshana_83 10 years ago Dear writer,
Please change the script and bring some smile on Gopi's face. This show has got negative impact on audience. Please help us by showing some positive good things...

Shaina_b 10 years ago I am sick of them falling for one girl and marrying another!!!!

TSharan 10 years ago BTW when is he coming in SGP? the news came so looooong ago!!!