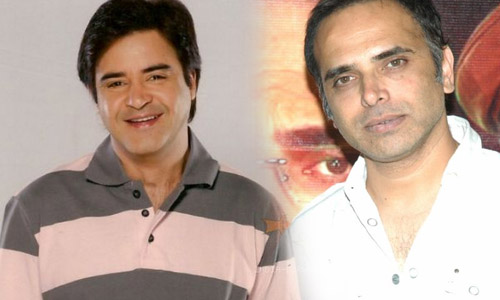 Sphere Origins popular show Balika Vadhu recently saw the exit of Satyajeet Sharma who essayed the character of Basant tauji. While many new actors have entered the show post his exit, now again the popular actor Avinash Wadhavan who was seen playing the role of Anoop in Balika Vadhu is making an exit from the show as he has been replaced by another popular actor Akshay Anand who was last seen in Suvreen Guggal - Topper of the year on Channel V.

He will enter in the show in tonight's episodes. Whereas Palaash's track will soon come to an end.

As per our sources, "Avinash has been replaced because the makers are unhappy with his performance and so they decided to replace him and roped in a well know TV face Akshay Anand as they believe that he will do full justice with the character. In the further episodes, Anoop's character which is a positive character will now turn into a grey character."

Adding further our sources say, "Subhadra (Sushmita Mukherjee) will instigate Anoop to take his share in the property as his brother Alok will acquire the entire property. Here audiences will witness Anoop's transition of character from being positive to a grey one and there will be many clashes seen amongst brothers."

"Palash will kidnap Anandi (Toral Rasputra) while she will be enjoying the Diwali festival. Thus Shiv will follow them and finally he will reach the place where Palash has kept Anandi. There will be a fight sequence between Shiv (Siddharth Shukla) and Palash, later Palash will be handed over to the police on the charge of kidnapping and here Palash's track will come to an end," concludes our source.

NatalyMusketeer 5 years ago Siddharth Shukla, you are a great actor...

Ummas 6 years ago Siddharth Shukla and Toral Rasputra, both of you are doing great job as Ansh. Love you Sid & Toral. All the very best for coming episode...

Mukesh74 6 years ago Siddharth Shukla and Toral Rasputra, , loved both of your wonderful performance nowadays .

Pizza_maniac 6 years ago Siddharth Shukla you were good in this track. But need lot of improvement in emotional scenes.

FollowYourDream 6 years ago Siddharth Shukla loved ur action scene most