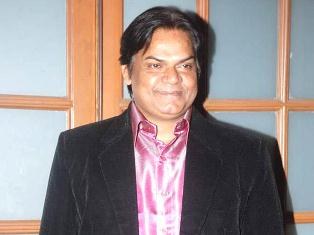 Actor Akhilendra Mishra, who played the cunning and conniving Kroor Singh in popular series Chandrakanta, is now set to play a negative role in Diya Aur Baati Hum. He is upbeat about the role.

On the show, he will be seen playing the chief of an extremist group. His character will be a 'master of disguise' and a man of few words focused on his mission.

"I have heard a lot of good things about the show. It brings across a very strong message which has been projected in a very constructive manner to the viewers. I am really looking forward to the role," Akhilendra said in a statement.

"For the first time, I am playing a negative character in a show that has a police background," added the actor, who has featured in films like Lagaan, Sarfarosh, Gangaajal, The Legend of Bhagat Singh and Shootout At Lokhandwala.

Diya Aur Baati Hum, which airs on Star Plus, traces the journey of a girl who realizes her dream of becoming an Indian Police Service officer despite many hurdles.

7 years ago Thanks for the article...
Diya aur baati hum rocksss...

finally ips sandy on the way..waiting for this track
thanks TB