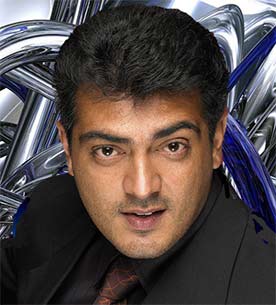 Ajith Kumar-starrer Tamil rural actioner "Veeram" is coming out Jan 10 on the occasion of Pongal, and its director Siva said that it was the actor who wanted him to come up with a rural commercial entertainer.

"It was Ajith who wanted me to do a rural commercial entertainer for him and not the other way around. I never forced him to work in a rural pot-boiler. We worked hard for 110 days and we are extremely happy with the final product," Siva told reporters here at a promotional event of the film.

"It has been a long time since we saw Ajith in a complete rural avatar. I'm sure this will be one of the biggest highlight of the film. His transformation from an urban character to rural one is commendable and it will be evident in 'Veeram'," he added.