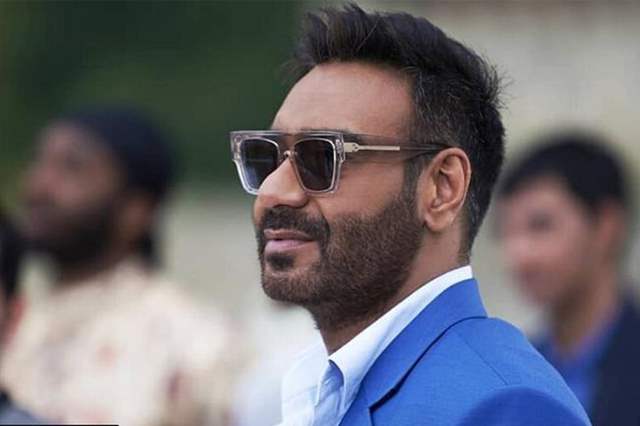 Considering the era of digital revolution is literally at its peak, where some of the biggest films also are now having a direct-digital release owing to the on-going coronavirus pandemic, one can only imagine how one megastar after the other is arriving in the web world making their mark. The likes of Saif Ali Khan, Emraan Hashmi, and others have already announced themselves and other names like Abhishek Bachchan and Sushmita Sen will be doing that soon.

Adding another name to the list, albeit in a rather different way is that of actor Ajay Devgn.

According to reports, Devgn is all set to not act but present an upcoming Bengali web series, Lalbazaar. "While the web series talks about crimes committed and solved, it also focuses on the human side of the lives of the police squad and allows the audience to get a glimpse into the lives of those who protect them 24/7. It gives me immense pleasure to introduce you all to the world to ‘Lalbazaar'," said Devgn.

"I have always enjoyed playing characters where good triumphs evil. It is not easy to emulate the lives of our brave police force and I consider myself lucky to have had the opportunity of playing roles in the uniform. Especially during the lockdown, the sheer hard work and perseverance that the police force is putting in is highly commendable. They have my utmost respect," he said.

The Zee5 show  is set against Kolkata's iconic police headquarters building, Lalbazaar. It features Koushik Sen, Sabyasachi Chakrabarty, Hrishitaa Bhatt, Dibyendu Bhattacharya, and Subrat Dutta among others, and is directed by Sayantan Ghosal.

We certainly cannot wait for Devgn's voice being at the helm of the show.

Vishal5082242 1 months ago Lalbazaar is the new ZEE5 Original crime series, Directed by Sayantan Ghosal, who has helmed a variety of detective films. The series features a lot of popular faces, including Kaushik Sen, Sabyasachi Chakraborty, Gaurav Chakrabarty, and Sauraseni Maitra in pivotal roles. The series will bring out the police personnel’s values, morals, and also their vices. Audiences will witness how the crime and case sometimes get entangled and turn into personal stories. The series is a bilingual and will be released in Hindi and Bengali. Lalbazaar will premiere on ZEE5 on June 19, 2020.

Kubbra Sait Slammed By Kangana For Supporting ...
13 minutes ago