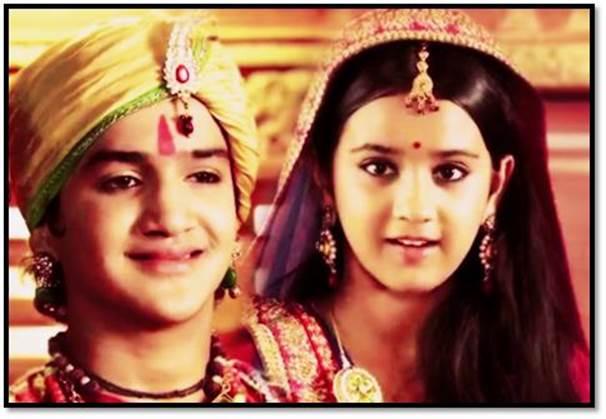 Sony Entertainment Television's popular historical show Bharat Ka Veer Putra - Maharana Pratap is witnessing a high voltage drama in its storyline making it more interesting for the viewers. Maintaining the crisp storyline furthermore in the show we will get to see that Ajabde (Roshni Walia) is seen shattered by Marwar's marriage proposal for Pratap (Faisal l Khan).

In the upcoming episode it so happens that Ajabde receives Phool Kanwar's letter but before reading that letter the dasi tells her that Marwar has sent a marriage proposal to Pratap.  As soon as Ajabde hears this she is shocked. Even though she is shattered by the news, she gathers courage and tells Pratap to do what is beneficial for everyone and accept Marwar's marriage proposal for him.

Will Pratap agree with Ajabde's thoughts and accept Marwar's marriage proposal for him? PuissantGirl 6 years ago Love this love birds waiting for their marriage.

-Magnanimous- 6 years ago waiting for PrAja marriage and all the rituals..
Faisal Khan and Roshni walia are the best!


Faisal Khan and Roshni Walia rockk as Pratap and Ajabde..!!

_GurIkaholic_ 6 years ago Love you RoSal

Faisal Khan and Roshni Walia rockk as Pratap and Ajabde..!!