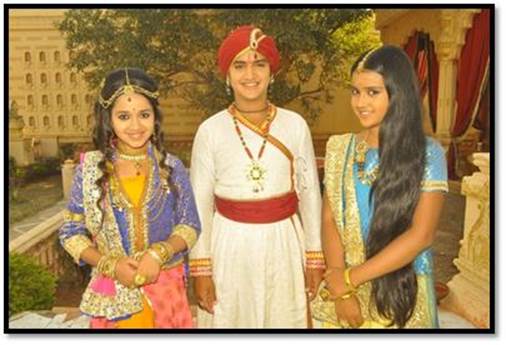 The popular show Bharat Ka Veer Putra - Maharana Pratap on Sony TV is gearing up with an interesting track in its upcoming episodes. As the drama is intensifying in the episodes of Maharana Pratap, viewers will witness the entries of Surendra Pal and Mrinal Deshraj in the show.

Dheerbai (Aashka Goradiya) makes Uday Singh to go to Ajabde and tells her to sacrifice for the sake of Rajputana and thus she agrees to sacrifices her love. This will make Javantibai (Rajshri Thakur Vaidya) very furious as she wanted Pratap (Faisal I Khan) to get married to Ajab De (Roshini Walia) but Pratap and Ajab De will console her.

Our reliable source informs us, "The track will be followed where Dheerabai will inform Udai Singh (Shakti Anand) about sending wedding invitation to her sister Uma. Later it will be seen that  Ajabde who is Phool's friend will inform about Uma's arrival as she is coming in the Kingdom to meet her. Uma will be very happy that Pratap and Phool are getting married. She will ask Uday to send Pratap to Ganerao to meet Maldev but Jaivantabai will disagree to send Pratap to Ganerao. Thus Javantabai and Udai Singh will decide to go to Ganerao and will depart."

"Later it will be revealed that Uma has sent Udai to Ganarao without informing Maldev and so he will be insulted. The conversation regarding this will be taking place between Dheerabai and Uma which will be overheard by Ajab De and soon she will rush to Pratap and Phool to inform about Udai's visit. She will quickly send Pratap with Marwar's kuldevi's murti to Maldev to cool his temper," adds the source.

Will Pratap reach on time to handle the situation? To know more keep reading the space.

RoSalRules 6 years ago Faisal Khan and Roshni Walia are awesome together as PrAja !!

Faisal Khan and Roshni walia are the best !!

Fiery 6 years ago Ajabdeh and Pratap love you both so much .

_NeverMind_ 6 years ago Love you Pratap Ajabdeh .May you get married with each other soon !

Droolicious 6 years ago Ajabdeh and Pratap loves each other so much , phool should go back to marwad ASAP .

..Pankhudi.. 6 years ago I wish Pratap Ajabdeh gets united very soon . Can't bear to see them yearning to be together !