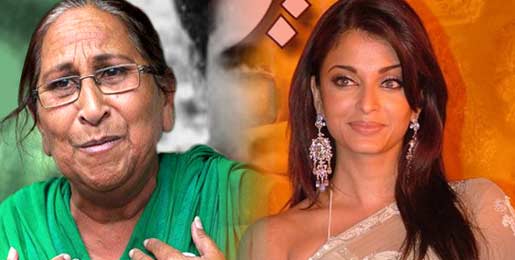 "Mary Kom" fame director Omung Kumar, who has roped in Aishwarya Rai Bachchan to essay a key role in his next project "Sarabjit" -- a biopic on late Indian death row prisoner in Pakistan, Sarabjit Singh -- is confident the former beauty queen is the perfect choice for the part.

Kumar told IANS that when he went and narrated the role to Aishwarya, "she was in tears, and immediately said 'yes'".

"She is a fabulous actress who can do jusice to this demanding role," he added.

Aishwarya has earlier featured in intense roles in films like "Provoked" and "Guzaarish". In "Sarabjit", she fits the bill of a "strong character with a powerful aura", according to the film's producer Sandeep Singh.

"She has given spectacular performances in all her previous movies and we are confident that she will do justice to this role," Singh added.

He is sure the film will "create an impact and inspire the audience as well as the youth worldwide".

"Sarabjit" will be shot over one schedule of 70 days in Punjab, starting October 2015.