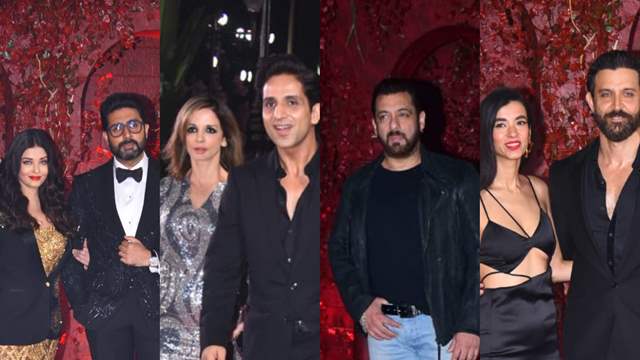 Bollywood Filmmaker Karan Johar turned 50 yesterday and on this grand occasion, all the B-town stars gathered together to celebrate the birthday night of their favourite.

One of the most talked about guests was Aishwarya Rai who is back from Cannes, but she brought all the vibes with her as she walked the red carpet once more at Karan Johar's birthday bash. She was one of the most glam celebrities at the party, arriving in a bodycon golden gown donned with a shimmery black jacket, along with her husband and actor Abhishek Bachchan who donned a glittery black suit.

The theme of Karan Johar's birthday bash was "bring the bling," as he celebrated his 50th birthday in grand style. The host was dressed in a shimmery, bright green blazer and black pants as he joined his Bollywood friends.

Actor Hrithik Roshan also made his first official public appearance with girlfriend Saba Azad at Karan Johar's birthday bash on Wednesday. They were dressed in black, Hrithik looked dapper in a black suit with a black shirt for his appearance at Karan's party. Saba arrived in a cut-out black dress with gold heels and a clutch as they posed for photos together. Not only this Hrithik's ex-wife, Sussane Khan also attended the party with boyfriend Arslan Goni. 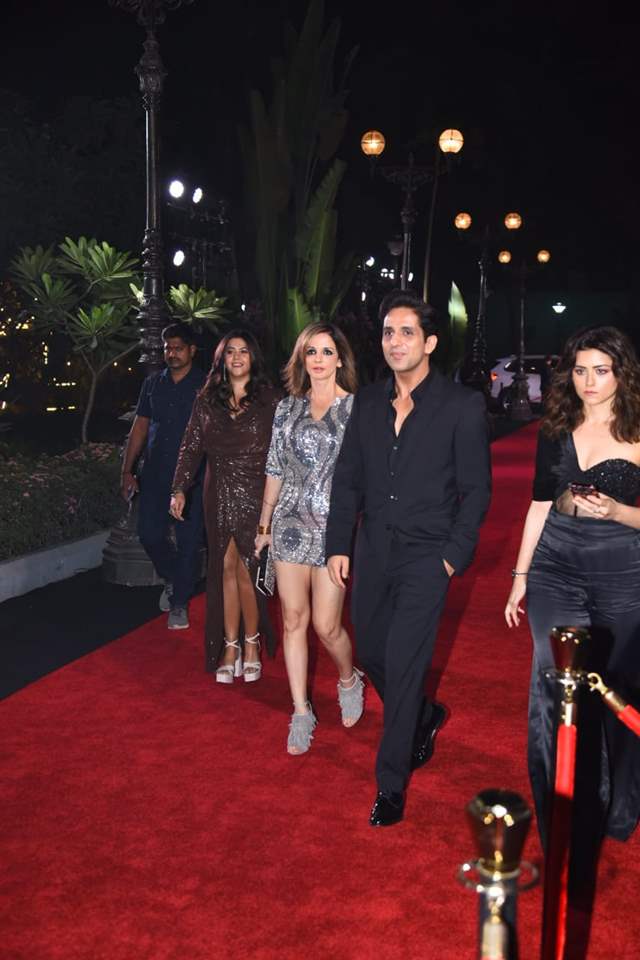 Sussanne, on the other hand, was seen at the party wearing a short silver gown and matching heels. She posed with Arslan, who was also dressed in a black suit and shirt.

Many other actors like, Rani Mukherji, Preity Zinta, Kajol, Madhuri Dixit Nene along with family and others were spotted at the event.