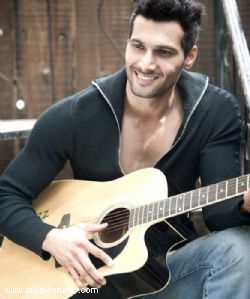 Aham Sharma who was last seen on Colors' Bairi Piya will soon enter Zee TV's Chhoti Si Zindagi.
According to our source "Aham will play the character of Shravan who will gradually become Icha's (Toral Rasputra) best friend. However later, his character will turn into a stoker. His character resembles Shah Rukh Khan's in Darr."

Aham Sharma confirmed the news but refused to divulge any details.

We hope that this new entrant brings exciting twists to the unusual story line of the show...

sreya3 6 years ago shravan was very innocent as Aham Sharma

...Diala... 6 years ago Aham Sharma planning to watch this for u dear

SUNSHiNE_413 9 years ago do people read over these articles before it is posted? it is ISHA not ICHA and its not stoker, it is STALKER!

anyways, they need to get isha and sam married already!

shivani003 9 years ago Ok sooo this guy is a creepy stalker but please tell me that Tanmay is Tinnu?

-Nirvana- 9 years ago Okay then...hope his TRUE identity is a kid from the orphanage n he does not try to separate Sam and Isha :D

princessRock776 9 years ago oh! I thought it was Tinnu in disguise all along and what is a stoker? this guy is cute