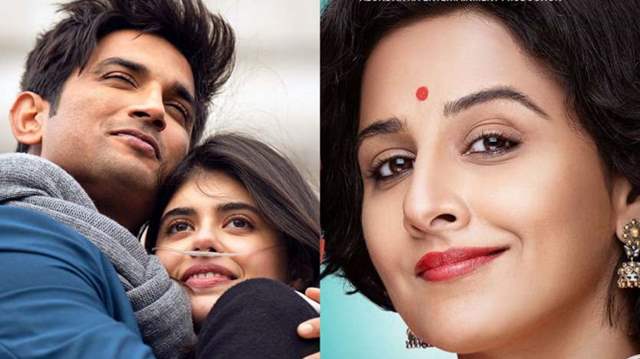 Vidya Kasam we loved her how she slipped into the skin and shoes of the Maths Genius Shakuntala Devi.

Yes, the phenomenal Vidya Balan was unstoppable and just swayed us away with her candid performance filled with a gust of emotions and a sense of motherhood directed by Annu Menon produced by Vikram Malhotra under Abundantia banner in association with Sony pictures and entertainment. The film Shakuntala Devi was released on  31st July and now it trends on number 2 after Dil Bechara.

The Ormax Media has ranked the film at number 2 spot after Dil Bechara and we think the film truly deserves the spot.

The entire cast of the film including Jisshu Sengupta, Sanya Malhotra, and Amit Sadh has been extraordinarily good and the music is overwhelming and connects to your inner hearts.

The film is trending and has received lots of love and appreciation all over and has been trending and hope it does for a while now.

PriyaRai101 1 months ago I don't know if you guyz watch the same movie as I do ! Shakuntla Devi was such an underwhelming movie with underwhelming music. I found her portrayal comical and not believable. She had so many achievements in her life none of them were discussed.

Payal Ghosh: If I am found hanging from ceiling, remember I ...
a minute ago

Arjun Rampal is Home Quarantined as his co-stars Anand ...
a minute ago

Mohsin Khan gets injured on the sets of Yeh Rishta Kya ...
8 minutes ago

Breaking
Breaking Namish Taneja back on ‘Aye Mere Humsafar’ sets after ...
36 minutes ago

No Escape Plan for Rakul; To Appear for Questioning before ...
43 minutes ago

Deepika Padukone to Reach Mumbai From Goa in Charter Plan; ...
58 minutes ago