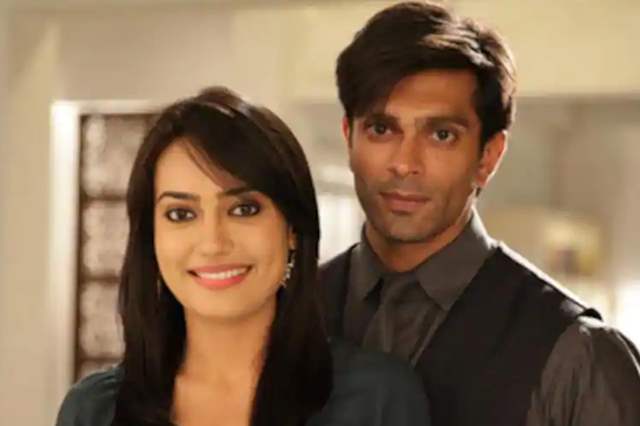 There is an immense amount of excitement and wait to Qubool Hai 2.0. The web series that is a sequel to one of the most popular TV shows from back then has several amazing factors going for itself, one of them being the reunion of Karan Singh Grover and Surbhi Jyoti.

While we already know about the show also having a stellar supporting cast, the actual excitement is about having a cult favorite back in a similar form.

Earlier today, fans were treated with the first ever look of Jyoti in her character of Zoya where she was dressed as a bride in all whites. Looking as elegant and mesmerizing as ever, that seemed like the perfect tease for kicking things up. Now, Zoya's Asad, which is Singh Grover has also gone on to treat the fans of the show with his look in the show but he did so with an image of Jyoti also in the frame.

Looking as dapper as ever, Singh Grover is shining in his tuxedo as he looks at Jyoti-

Qubool Hai 2.0 is only the second web series to be a sequel to a TV show from the Zee family after Jamai Raja.

AliceKaBhi 1 months ago KaBhi are going to rule once againnnnn❤❤❤

CaptainV 1 months ago Excited!! Karan Singh Grover back as AAK 😎

mithilalovesksg 1 months ago Wao he looks amazing in it waiting for asad Ahmed Khan back. Karan Singh Grover looks so hot and happening ❤️❤️❤️

RosesK 1 months ago we are so excited!!! KSG