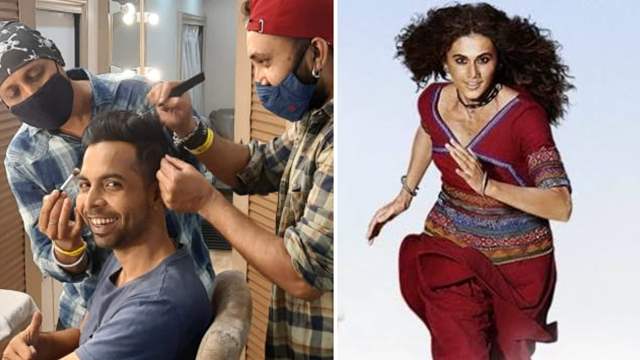 After a long halt, everyone is now slowly making their way back to their workplaces following the new normal. Amidst this, the versatile actor Abhishek Banerjee who has been on a roll this year is also getting back to the new routine. This being a special year with his mesmerizing performance as Hathoda Tyagi in Paatal Lok which has not just struck a right chord in the hearts of the viewers but also has marked him as a household name. He is back yet again on the sets to shoot for his next film- Rashmi Rocket!

Abhishek Banerjee who will be seen in a completely different character in the movie shares, “I am really glad that things have started getting back to normal and we are finally able to come to the sets, resuming work. It’s already been a great experience shooting the film, directed by old friend Akarsh Khurana. In between the short breaks and the time when we are not shooting, it's great to catch up to some old theatre day memories as there are so many friends on set from those days.Looking forward to create some great stuff together!"

Produced by Ronnie Screwvala’s Banner RSVP and directed by Akarsh Khurana, Rashmi Rocket revolves around the journey of an athlete who hails from Gujarat’s Kutch and reaches the international stadiums to represent her nation as a runner.

On the work front, the actor is all set to entertain his ardent viewers with his upcoming films like Umesh Shukla’s Aankh Micholi and Satram Ramani’s Helmet!

Abhishek Banerjee is one step closer to Oscars as his Short Film ...