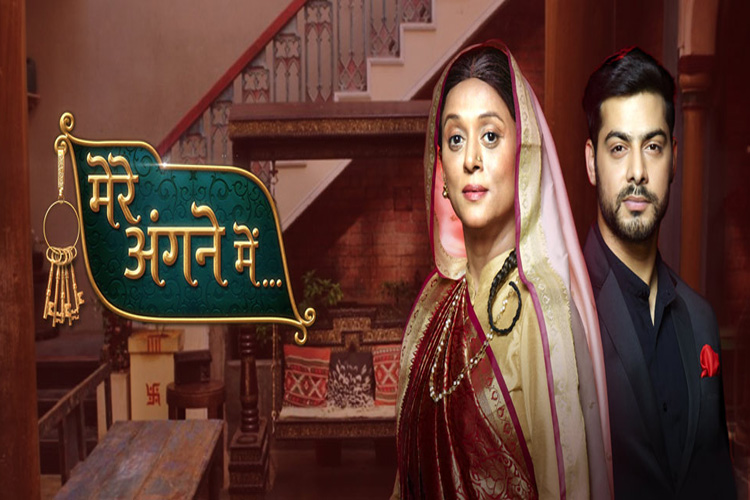 Today marks the completion of 2 years for one of the popular shows of Star Plus channel, Mere Angne Mein. The show was launched on 15 June 2015 and there were a lot of people who were skeptical about the show's success. Skeptical about how the show is a total underdog not sporting 'famous' actors and is being launched at an unconventional time slot of 5:30 pm!
However, crossing all those barriers, the show went on to become a huge success as it completes two years today and has aired over 700 episodes.
But, justifying the cliched saying about how 'every good thing comes to an end', it's time for the show to call it a wrap too.
Yes! That's right. Mere Angne Mein is all set to go off-air in the last week of July and will be replaced by Sangeeta Ghosh, Narayani Shastri starrer, Chakravyuh.
Will you miss the show? Leave in your comments below...
1 Likes

Alikhan2158 3 years ago It's about time MAM ended and them giving it a logical ending rather dragging it endlessly. I was getting quite fed up of the negativity created by Pari-Preeti as well after Sarla left. After Ekta Kaul's exit, the show has never been the same. Richa Mukherjee aka Aarti doesn't even say much for a female lead. She just sits back and watches the tamashas of the house. Loved Ekta-Karam's chemistry and love Karam dearly. Will wait patiently for their comeback shows

A HUGE FAN 3 years ago I feel bad for the actors. However, it is about time. Ever since Ekta Kaul left, it hasn't been the same. IMO

muscateer 3 years ago Pls dont do this. One and only show I watch.. :'(
...I'm definitely going to miss the show aaalottt...

kavmuks 3 years ago This show has surprised me .. when I watched 3-4 episodes continuously I used to get feud with the characters.. but the after a gap of 1 month I could see it again.. it had all stupid characters doing silliest things but I thing Amma ji was the star .. even khusiya was attraction.. :) a show with mean characters making people laugh ...