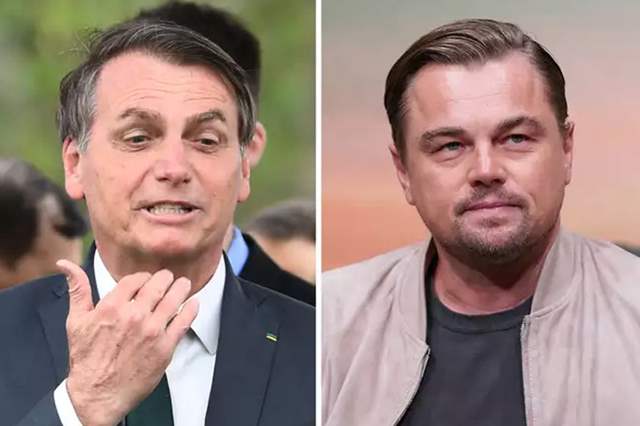 Actor Leonardo DiCaprio is not just one of the finest actors but an avid environmental activist. Time and again, DiCaprio has been vocal and alert about the various environmental issues that exist in day-to-day life.

However, in a turn of events, Brazilian President Jair Bolsonaro went on to accuse the star of financing the  fires being set in the Amazon rainforest, without presenting any evidence, Reuters reported, adding that the leader appeared to be commenting on social media postings that claimed that the World Wildlife Fund (WWF) had paid for images taken by volunteer firefighters that it then used to solicit donations, including a $500,000 contribution made by DiCaprio.

"This Leonardo DiCaprio is a cool guy, right? Giving money to torch the Amazon," Bolsonaro told reporters in front of the presidential residence. The actor, whose organization earlier this year pledged funds to save the Amazon, denied the allegation from the right-wing leader, whose comments mark his latest attempt to cast blame for the forest fires in the world's largest tropical rainforest.

"At this time of crisis for the Amazon, I support the people of Brazil working to save their natural and cultural heritage," the actor said in a statement on Instagram on Saturday. "They are an amazing, moving and humbling example of the commitment and passion needed to save the environment. The future of these irreplaceable ecosystems is at stake and I am proud to stand with the groups protecting them. While worthy of support, we did not fund the organizations targeted."

"I remain committed to supporting the Brazilian indigenous communities, local governments, scientists, educators and the general public who are working tirelessly to secure the Amazon for the future of all Brazilians," he added.

The WWF denied receiving a donation from DiCaprio or obtaining photos from the firefighters.

Sherrin Varghese marks his comeback with Aneri Vajani & ...
23 minutes ago

Kareena Kapoor Khan and Karisma Kapoor are giving out major ...
44 minutes ago

Asha Negi shares that she has no hard feelings for Rithvik; ...
45 minutes ago

Priyanka Chopra Jonas shares her excitement as she sends in ...
an hour ago
View More
TOP