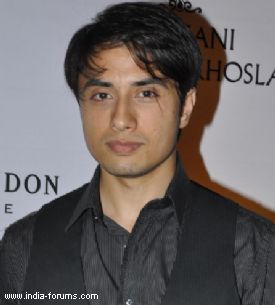 Actor Ali Zafar has reacted to reports that Shahid Afridi has not taken a dialogue from the forthcoming film "Total Siyapaa" well. He says the Pakistani cricketer has not demanded any explanation.

The film's teaser shows Ali's character, a Pakistani boy trying to woo a Hindu girl with a dialogue that implies that Pakistanis are fed up with Afridi.

As an aftermath, it was reported that the allrounder had demanded an explanation for this.

But Ali took to Twitter Friday to clear the air about how the dialogue is harmless.

"Afridi did not demand any explanation regarding the dialogue. He is a great sportsman and great sportsmen have sportsman spirit," Ali posted on the microblogging site.

The actor also requested his fans to first watch the film before forming any judgement on its dialogues.

"Request you all to see the full film with the complete dialogues and banter between the boy girl in the film, before making any judgement," he added.

Directed by E. Niwas and written by Neeraj Pandey, "Total Siyapaa" is a love story, and it also features Yami Gautam. The film will hit screens Jan 31, 2014.